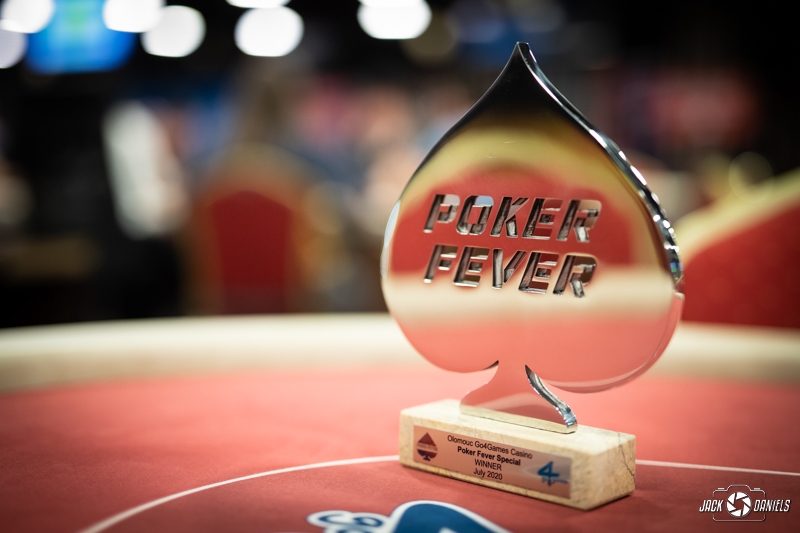 Poker players have invaded Go4Games Casino Hodolany this weekend, where the Poker Fever festival was held for the first time since the SARS-CoV-2 pandemic broke out. Please have a look at the summary of the most important events of the past days.

We already knew on Thursday that the July Poker Fever CUP (CZK 1.500) will be a great success, when 185 registrations were collected on the first starting day. After that, it only got better. On Friday, the cash register confirmed the purchase of 206 tickets, on Saturday 291 and 258 were accumulated, and when the late registration on the turbo flight was completed, the tournament director confirmed a total of 1,132 entries.

On the final day, 154 players resumed the game and 116 places were paid. Łukasz “Krzaku” Krzyczkowski, the winner of the ME Poker Fever Series, this time became a bubble boy. The competition in the main tournament was dominated by players from Poland – among the last 14 players, 12 were Poles. The Czechs, however, held on tight and fought for the highest goals until the very end. Lukáš Mrózek was eliminated in sixth place, and Miroslav Svoboda siezed the “bronze medal”. Marcin “Dino” Micielski and Rafał Strzelecki met in heads-up and they immediately agreed on a deal, under which the first of them was the winner of the tournament.

Here are the payouts for the tournament’s top-9 (CZK):

The winner was the WSOP bracelet holder Lukáš Záškodný, who dealt with Marek Studený in the heads-up. The best Pole in the field finished the game in third place, and it was Tadeusz Raczyński who scored second major final table during this weekend.

Lets’s have quick look at the payouts for the best players (CZK):

The final touch of the festival was the Sunday side event, where you could play for 600 CZK. 48 poker players (20 re-entries) decided to take this step, and Bartosz Kulikowski won the tournament. Here is the list of players who finished the game in the money (CZK):

On behalf of the Poker Fever Team and Go4Games Casino Hodolany we would like to thank you for coming in and for making Poker Fever CUP an exceptional and amazing experience. We invite you to visit Olomouc once again for the next Poker Fever Series (CZK 7 million GTD) in late August. Here is the full schedule. See you then!