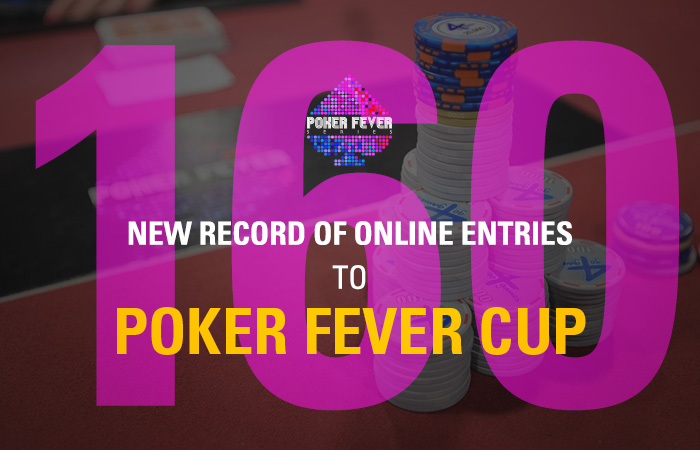 A record has been broken in satellites to September Poker Fever CUP!

If you have taken part in online qualifications to Poker Fever CUP, then you have helped us break a record as far as satellites at PartyPoker go. Congratulations! We can already say that the next weekend festival is gonna be great. We start on Thursday.

Many great games happened the day before yesterday in online poker. One of them was occuring on a slightly smaller scale though!

When some of you tried to get a deep run in Sunday majors or WCOOP and Powerfest events we have started last satellite game to September Poker Fever CUP. After 90 minutes of registration we were very nicely surprised. All in all as many as 99 poker players joined the game thus generating the prize pool with ELEVEN entries to the Main Event and $35 for the player who finished in 12th place. 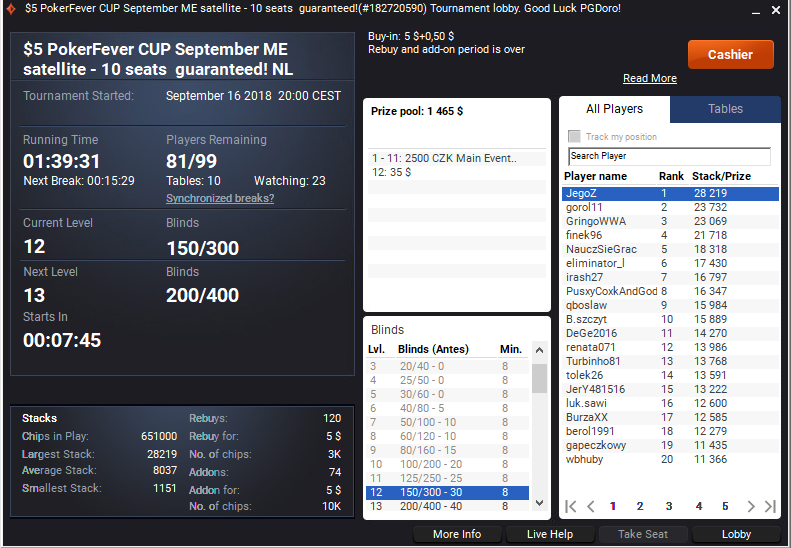 With great joy we can inform you that the last act of qualifications broke a record in the number of tickets won to PFC at PartyPoker!

During the whole qualifying process we gave out as many as 160 entries, which means doznes more than usually we can see in festivals like PF CUP. You know what it means? A lot of fun and many players as soon as September 20th!

Congratulations once again to those who helped us break the record and good luck at the weekend.

PartyPoker lobby has now no satellites to September PF CUP. However, you can still join the game two ways – buy in directly at the casino, or win a satellite, that is played before every starting flight. Entry fee to the qualifier live is only CZK 300. Every satellite game guarantees 4 entries. So called direct buy-in costs CZK2,500.

Check the detailed schedule of the festival. 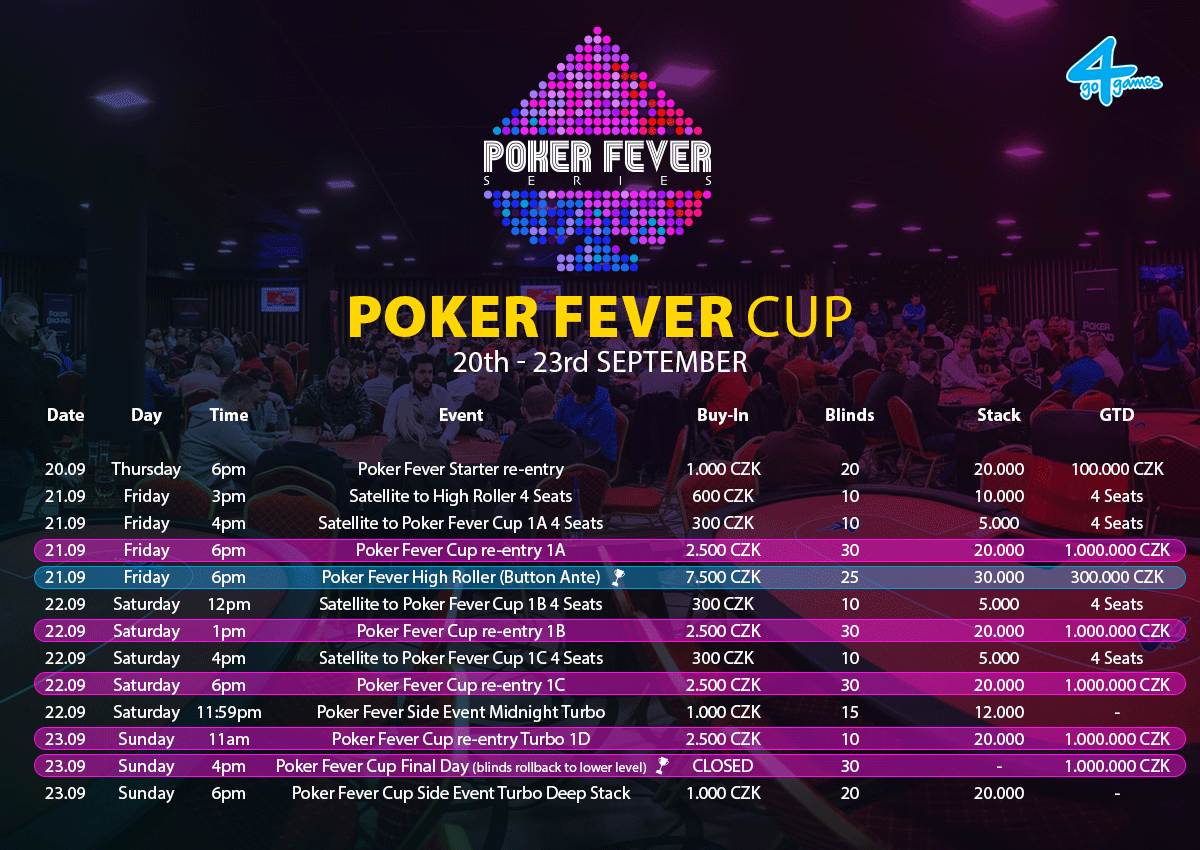 A few things you should know

Those of you who won tickets in satellites at PartyPoker, can collect the tickets in the box office on the first floor of Go4Games casino in Olomouc.

Exchanging tickets for entries to the High Roller

This subject will be touched upon in a separate article, but we can assure you today that three entries to the Main Event can be exchanged for a ticket to the High Roller.

Cash games at the festival

During the duration of Poker Fever CUP you can also join great cash games. Minimum limits are CZK25 / CZK25. While at the cash tables you will be entitled to free drinks, also alcoholic ones. If you sit at stakes higher than CZK25/ CZK50 you will also be able to order food without any charge!

To encourage you to start new tables, the casino will not take any rake when there are just two or three players sitting. 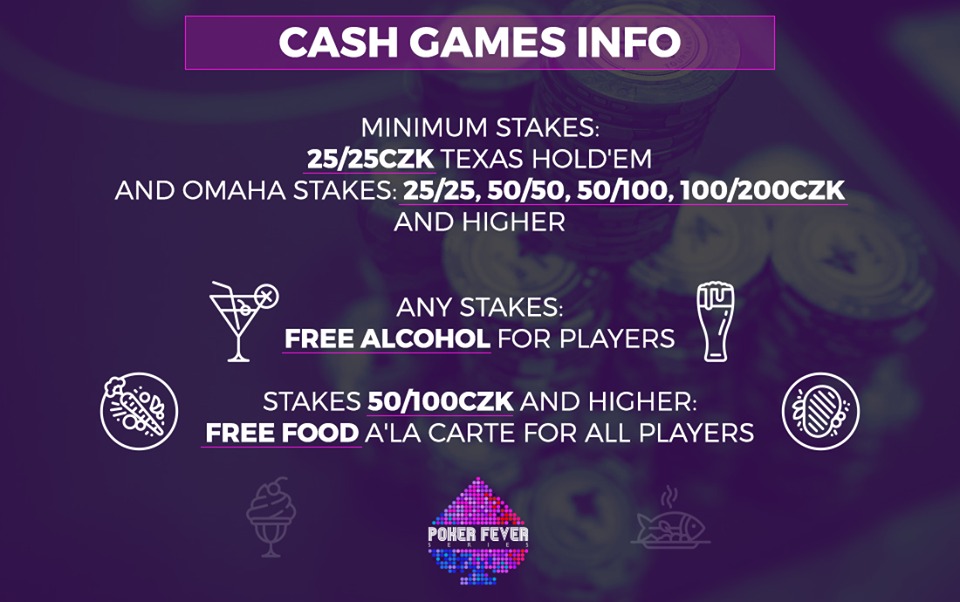 September Fever is one, but there will also be two more festivals worth your time. In November you can join us at Poker Fever Series, and in December there will be time for the last weekend CUP. Check the details – here.

We hereby encourage you to try your skills at online qualifiers that are played every day over at PartyPoker. Good luck!