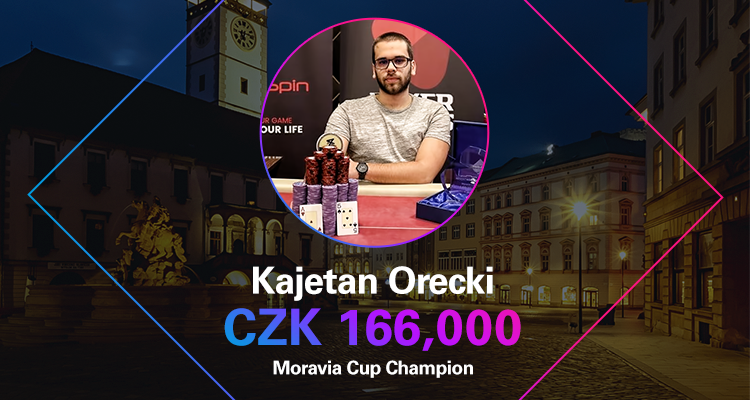 One of the most important side events of our Poker Fever Series festival here in Olomouc has now been completed. The Moravia Cup is of course, the one we are referring to. The number of players attending the event were astonishing, with as many as 561 buy-ins made (each worth CZK3000 – about $120). Towards the end of Day 1, players fell in the later levels and on the second day of the tournament only 77 poker players remained, with these coming back to the tables to fight for 63 paid places.

The best of them was Kajetan Orecki, who was one of three players left who made a deal to ensure a great payout for themselves. The Pole who had at that time the second largest stack was only bettered by a huge lead by David Taborsky, who also guaranteed himself the biggest cash.

After the deal was made, Kajetan finally got himself 166000CZK after winning the whole tournament with David Taborsky finishing second. The third person at the final table was Michał Urbański, and in the further places were Krzysztof Ślusarczyk, Paweł Kabut, Michał Sikorski, Maciej Kosmala and Michał Kądziela.

Yesterday we also played the first day of PokerFever Masters, with CZK8000 buy-in ($320). The field was made of 56 players and 6 of them decided for a re-entry after busting their initial stacks. There were many Polish players among them as you would expect with such a great following. 22 players advanced to the next day. The best of the Polish players was Michał Ozimek, who collected a mountain of chips to be our chip leader. In the top 6 we can also find Piotr Mank, Marek Stankiewicz, Miłosz Siedlecki as well as Piotr Więcek.

Don’t forget tha you can follow our live feed from Olomouc every day. Today we start with the Main Event, so lots of poker action still to come. Make sure to be a part of it! 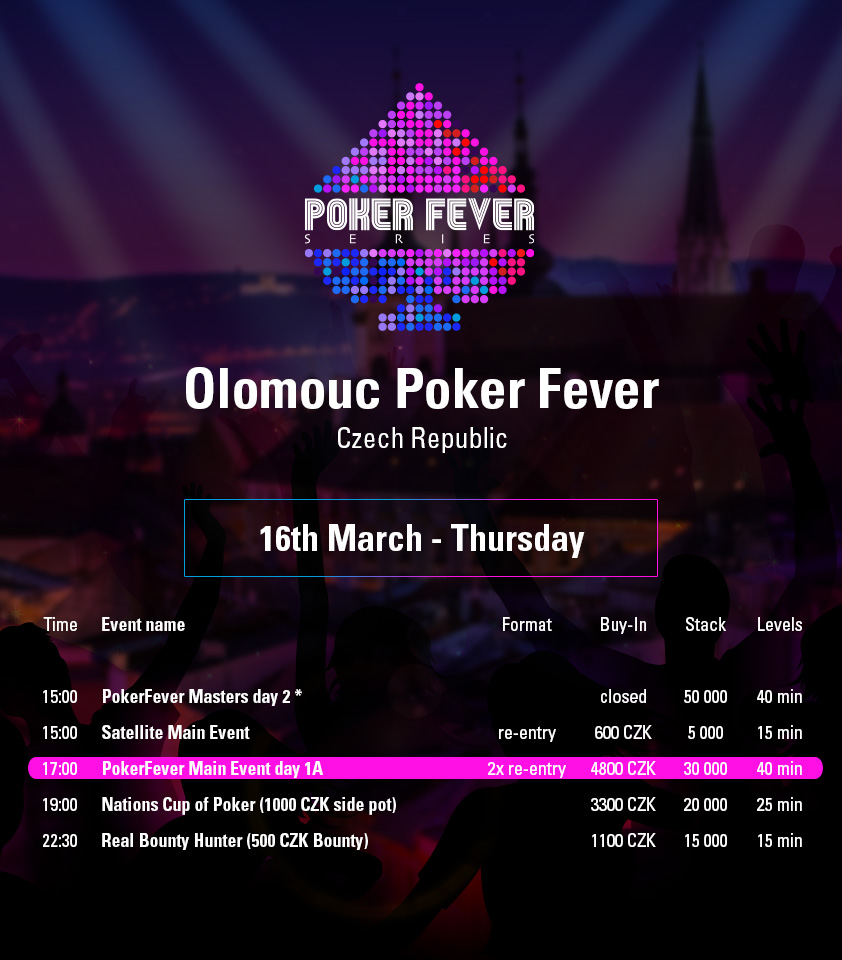