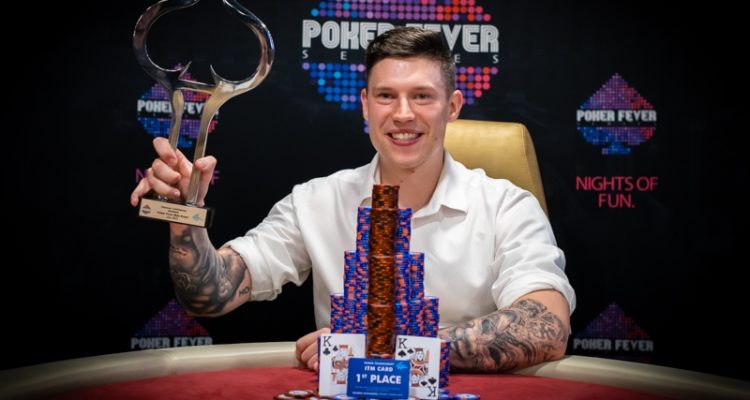 What an intense and amazing week it was! Wasn’t it? The house was full. The tournaments were mostly over their guarantees and the cash games were busy at all times.

We love this sight: packed casino, the sound of shuffled cards and chips, various talks, laughters, sometimes curses. This is poker festival at its finest. It has been a while since we experienced such an amazing atmosphere at our events. But thanks to you and changes we introduced prior to the series it was like it used to be before, like we want it to be everytime we meet at the Go4Games Casino. Thank you very much. You all are much appreciated.

July’s “Nights of Poker, Nights of Fun” began with another edition of Super High Roller. The buy-in was high (Kc 30.000), the field was tough and it was buisness as usual for Roman Papacek who managed to score another major win on his homeground.

It is worth mentioning that the runner-up of this event was another local player Milan Muck who won the regular high roller two days later. What an amazing performance it was! The only Pole in the money was Piotr Więcek who finished fifth.

In a regular High Roller, a two-day event with a buy-in of Kc 15.000 Milan Muck scooped all the chips and guaranteed himself a payday worth of Kc 268.600. Michał Stoicki of Poland was second and his countryman Kamil Urbański was third.

Before the festival we made a little tweak with the buy-in of the ME: we lowered it a bit. It turned out to be a decision that helped to generate over 900 entries to this tournament which in terms of attendence is one of the best result in the history.

There was Kc 3.640.000 in the prize pool and 98 places in the money. The winner of this event was supposed to earn Kč 572.900 but the last five players decided to strike a deal. In the aftermath it was the chip leader Adam Siwicki of Poland who guaranteed himself Kc 437.500 and a trophy. Robert Gruszecki took the second place and Jiří Klindera from Czechia was third. Other players involved in this deal were Michal Procner and Karlen Aladžjan.

Once again we would like thank you for being the part of the Poker Fever family. We hope to see you soon during the upcoming events. You may find all the necessary dates and schedules at the sidebar of our homepage.