How do casinos in the Czech Republic charge rake for their games?

During one of the festivals that took place in Go4Games Casino a few players were surprised by the guaranteed prize pool, which started a lively discussion on Facebook. In this article we would like to explain how the misunderstanding came to be.

The way the buy-in is presented

The gambling law in the Czech Republic is quite specific. The casino cannot divide the amount charged as rake and the part which is then collected for the prize pool. 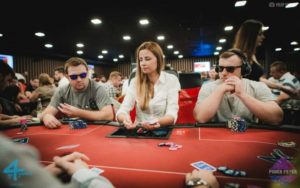 According to the rules in the Czech Republic the buy-in cannot be presented in the following formula (pool + rake), so it’s just posted as 1,100 USD total.

It may look as all of that is to become the prize pool, which obviously is not true, as no one organizes tournaments for free. It’s all the same as in other countries, but the rake is taken from the pot.

In the Czech Republic the rake and administrative fees are taken finally from the prize pool. If we take for example CZK 6,000,000 pool one has to remember to deduct 10+2% rake (this is the value in Go4Games Casino, can be more in other venues) and players will then battle it out for the remaining CZK 5,280,000.

If the event was however played in another country it would be EXACTLY the same money in the prize pool. Just the way it would be presented could vary. Rake would be taken immediately after registration, not from the final pool.

In summary, there is no difference in the rake taken. The only two things that differ are the way the buy-in is presented and when the rake is taken from the pot.

The good news is that no matter the overlay the casino will always guarantee that the GTD prize pool is met. Rake and administrative fees are taken from it, sure, but the casino gives extra money beforehand if there are not enough registered players in order to keep the GTD prize pool promise.

Let’s sum this up in the easiest possible way: the prize pools are shown as gross amounts, not net worth that we are used to.

It’s a general rule applied in all of the Czech Republic, so also in one of the biggest casinos there, King’s Casino in Rozvadov.

Similar notice can also be found on their website:
*1 Tournament fee will be taken from the pool [rake], also if there happens to be an overlay. Administrative fees will be deducted separately. Guaranteed prize pool will be valid if there are at least 10 registered players at the start of the event. Organizer reserves the right to alter, cancel or modify the terms and regulations as they see fit.

If we want to play MTT events in the Czech Republic, we must come to terms with the way casinos present buy-ins and GTD prize pools (gross). We hope that the examples shown above clarify everything and no one will be surprised next time when we meet at a poker festival in the Czech Republic.