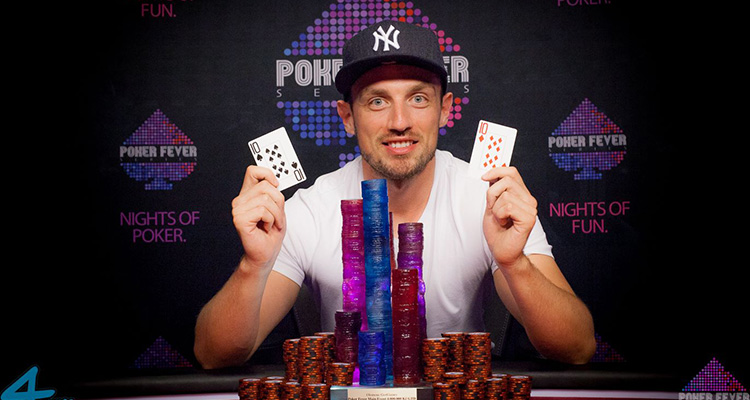 Jakub Chludziński proved better than 1229 players and after a fascinating heads-up he won the Main Event of PokerFever. For this victory Polish player received over 40.000$. Congratulations!

At the final table he had to battle some of his countrymen though as there were 5 Poles, 3 guys from the Czech Republic and one person from Slovakia there. Players were eliminated just as expected however. First to go was Rafał Gruba, who began the play at the FT with the smallest stack (12 BB). Rafał shoved all-in with [AcKh] , but unfortunately for him Jakub Chludziński picked aces. 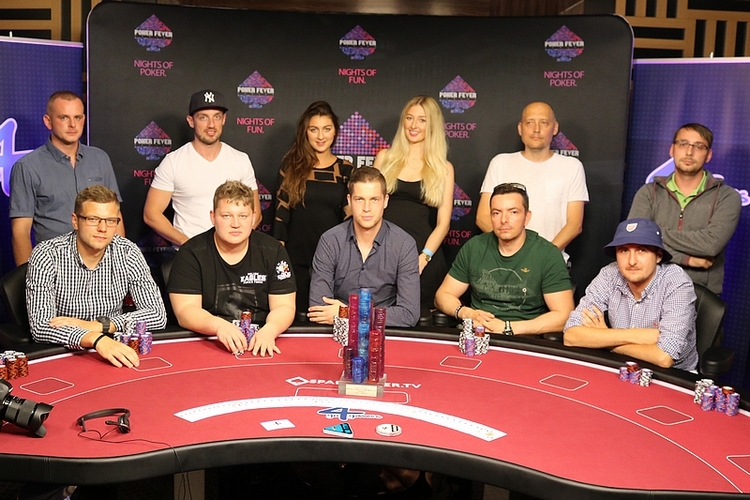 Another short stack was eliminated next. Omar Regent doubled up through Michał Kądziela. Czech player moved all-in with [AhTc], and Pole called him with nines. Flop gave lead to Regent – [QdJhTh], but [8h] on the turn allowed Michał to complete his straight. Alas, river of [9h], gave Omar a flush.

In the 8th place we said goodbye to Vladimir Valent. Player from Slovakia shoved with [AhKd] , and Ondrej Chalcar called him with QQ that held up on the board.

Soon after that another Pole hit the rail. Chludzinski opened the action and Regent went all-in for his last 18 BB. So did Sebastian Palega. Unfortunately his 99 was not enough for Omar’s queens. Half an hour after that also Michał Kądziela left the table. It was his third final table at PokerFever, but cards obviously did not go his way this time.

A few minutes later a spectacular hand was dealt. Ondrej Chalcar opened from the button, Jakub Chludziński called from SB and Kamil Dobosz did the same from the big one. The flop [KsTs5c] was checked by Polish players and Czech representative bet 575k. Jakub check-raised to 1.5 million, and Kamil quickly folded his [Qs9c] . Czech player thought for a moment and shoved for 7 million with his [AhKh]. He was snap called by Jakub, who had a set of fives. His set improved to four of a kind on the turn and Chludziński became a huge chip leader with 20 million chips, while Reitoral had 7M, Dobosz 6M and Regent 3,5M.

Nevertheless we had to wait over 2 hours for the next elimination. Finally short-stacked Reitoral shoved with 44, and Regent called with [QdJs] , hitting jack on the river. Poles had then respectively 20 and 9 million, while Regent held 8 million

Polish heads-up was not meant to be. Kamil Dobosz lost a lot of chips and then had to go all-in for 15BB with [Ah8c]. Regent instantly called with [AdTh] and better hand triumphed.

Heads-up began well for the Polish poker player as he had 22 million to his opponent’s 14.7. The duel lasted almost 6 hours (!) and players were taking turns taking the chip lead. Soon before the final hand Chludziński won a key coinflip with [KhTh] vs [7h7c], hitting [Ts] on the river. Soon afterwards Omar went all-in for 12 BB with [AcQs], Pole called with [TsTd]. On the flop there was a [Qd], but the turn brought [Tc] and it was all over. 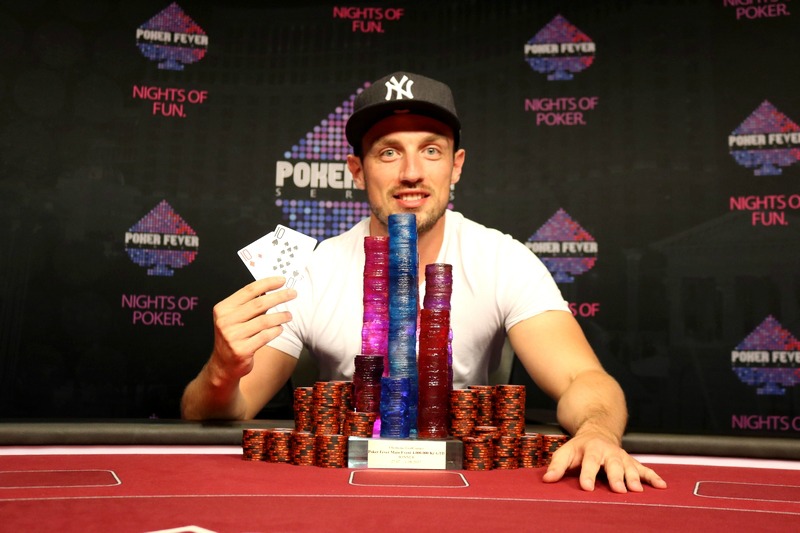 Poker Fever Cup that was played in Go4Games Casino in Olomouc has come to its end. On the final day as many as 75 players sat back at the tables. The FT included two Polish players, Michał Kądziela as well as Jacek Pustuła. They respectively got to the 6th and 5th place. The PFC event was finally won however by  Przemyslav Spacil, (pictured below) who collected CZK 300,000 for his endeavour. Congratulations to the winner! 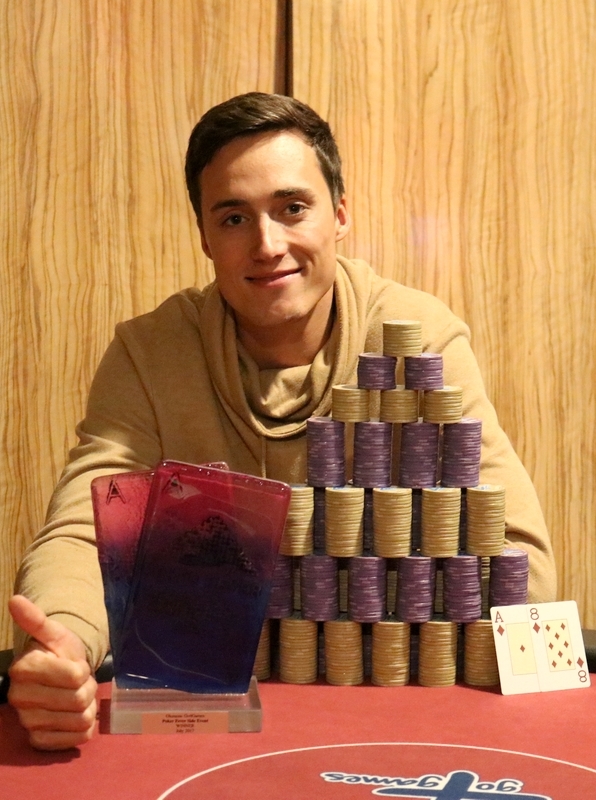 We know the winner of Poker Fever High Roller! The NL Texas Hold’em event with CZK 15,000 buy-in has its victor and it’s Slavomir Byrtus from The Czech Republic. At the very beginning there were 91 players registered to the HR event, 18 of whom decided for a re-entry. For the win Byrtus took home CZK 538,800. 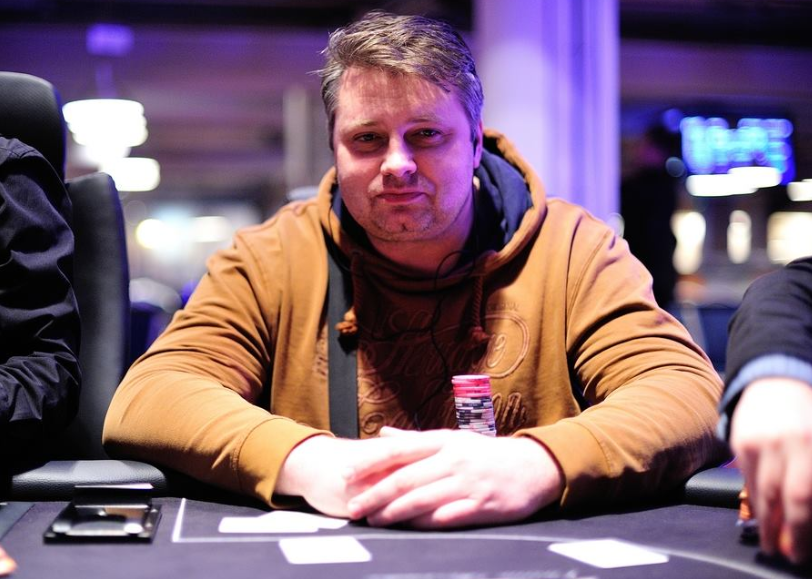