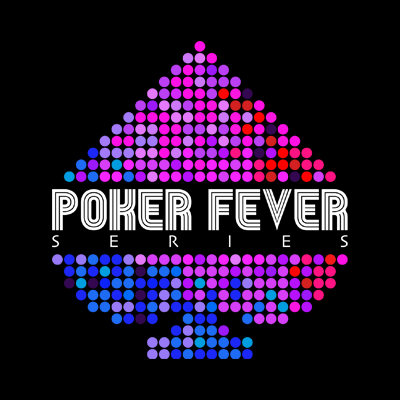 Let us introduce you to PokerFeverSeries

Experienced Poker Players across Europe know the Redbet Live series and their creator Marcin Jablonski. The series currently holds the record for the biggest event in the Czech Republic, surprassing any PokerStars festival which is no mean feat let me tell you! Surprisingly, despite this great success, Marcin recently decided to turn his professional life upside down. He suddenly disappeared from the poker radar at a time when he was in the spotlight and when things were going oh so well.

Fortunately, it turns out that Marcin was not gone for good; quite the contrary in fact, he’s an ambitious man, a dedicated man and whilst sat in the comfort of his own home he has just finished planning his next steps. The result of this planning is the birth of Poker Fever Series.

The planning has come on leaps and bounds in the last few weeks and as you can see satellites are already starting this Sunday, with first Mega Satellite being played at PartyPoker – further information can be found below.

What is the Poker Fever?
Poker Fever Series is primarily a series of poker tournaments aimed at fans of low and medium buy-ins. Its festivals are to be held in both already well established card rooms, and will also reach completely new European locations. The main mission of Poker Fever is, however, good fun, great company and great times! You can expect a great deal of this during a festival of poker lasting up to 10 days! Also, Marcin is known for his methodical approach to life so be prepared to see many of the cities sites and attractions away from the poker table, which will of course make your time in between tournaments more pleasant. We cannot wait to see what he has in store for us, and look forward to updates in the forthcoming weeks.

The first stop will be held between the 10th and 21st March at the Go4Games Casino in Olomouc, the Czech Republic, a place where Marcin and his Redbet LIVE series were always very successful. The next stops will be announced probably at the beginning of next year, so stay tuned!

The full schedule will be published here and on our social media sites soon. We already know that we can expect 12 busy days of social interactions and poker, lets not forget thought, that all work and no play makes jack a dull boy….so make join us at the bar for a drink or two.

Our new “manager” promises that he will do his best to make Poker Fever Series the undisputed leader in the category of one of the biggest poker events in Europe. The plan is ambitious of course, but as they say: “Impossible is nothing”. We shall check if their promises have been kept and we’ll keep you up to date on the progress towards the objectives that have been set.