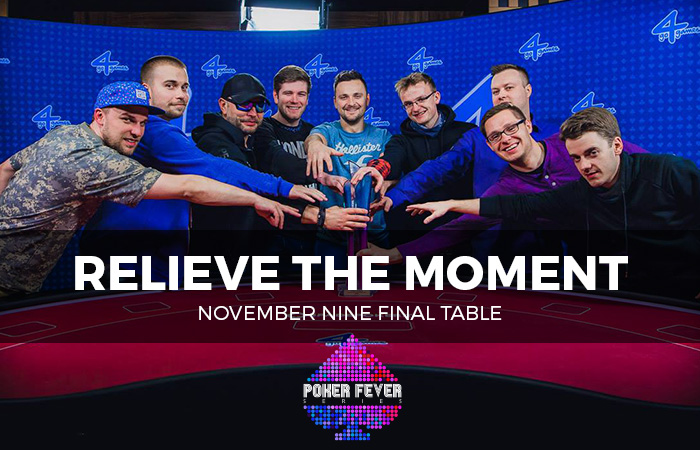 Just over a week ago we saw the finals of November Poker Fever Series festival. It was really something spectacular to observe the final bout at the table of PFS Main Event, as players battled till late night hours. If you missed that or wish to relive the moments here’s the full record of the final table play!

Nine finalists proved better than 1016 of those who registered in total, paying CZK 4,800 each over the course of 4 days and during late registration on day 2. Poker players fought bravely till there were only nine of them left on the field.

At the beginning players from the Czech Republic were more numerous, but there were also four guys from Poland. All willing to give all they had in order to get the trophy and juicy prize.

This was the chipcount before the final table started (according to where who was seated):

This on the other hand was the payout structure:

There was a live stream from the Go4Games Casino and our faithful Rafał „Jack Daniels” Gładysz was on the site to report on all that was going on. He had his hands busy, as there were a lot of thing happening during the tournament!

Already during the first break players started discussing a potential deal. How did it end? Who won the trophy and how did Polish players do in the Main Event? We don’t want to spoil the stream, as there was a lot of poker action. Ho ahead and see for yourself!

Another PFC event is coming in December!

We want to remind you that at PartyPoker there are plenty of satellites to the Poker Fever Cup mini-festival. Organizers predict the record for participants will be broken again and you can still be a part of that.

Here is the detailed schedule and below you can also find information on the upcoming stop.