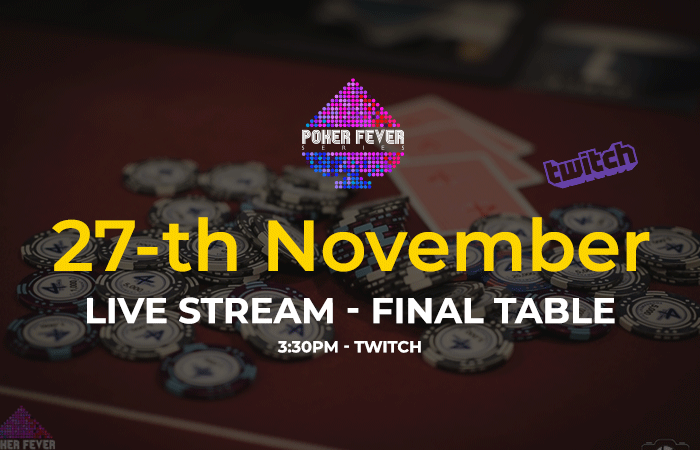 As many as four Polish poker players will compete today for the champion title at Poker Fever Series. The chip leader at the moment is Jakub Matuszczyk (pictured below). Starting from 3:30 p.m. you can follow our stream with hole cards visible to you.

Main Event of the November Poker Fever Series had a CZK 4,800 buy-in. There were as many as 955 registrations and the guaranteed prize pool was  CZK 5,000,000, so there was a bit of an overlay.

Best 116 players can hope for cash prizes and the winner will scoop CZK 831,600, that is about $37,000. Yesterday we got to know 9 final table participants and they each have already guaranteed themselves CZK 74,800. 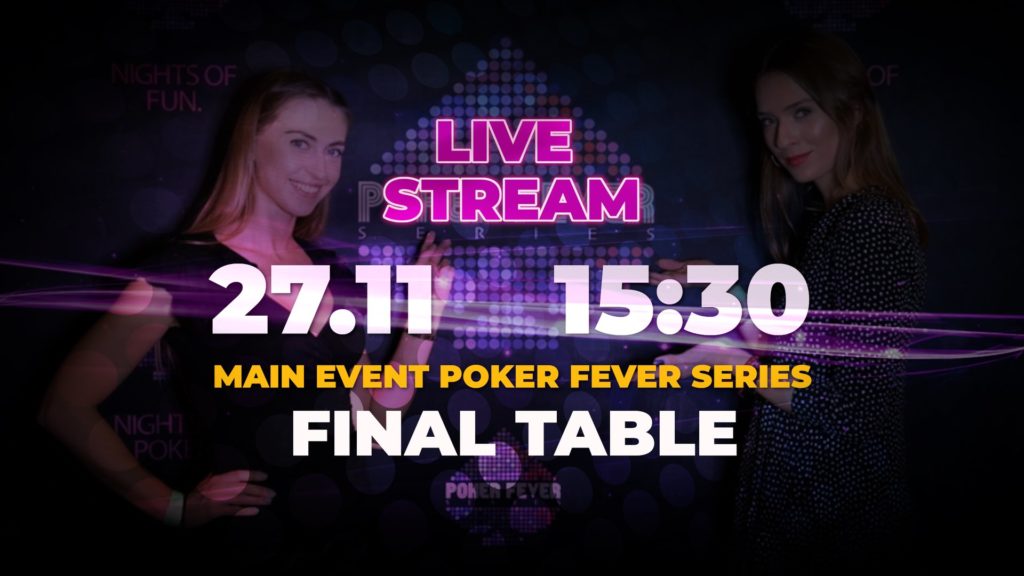 Final table play will start with 30,000/60,000 and 60,000 button ante blinds. Players will battle it out in Go4games Olomouc Casino at 3:00 p.m., and 30 minutes later we start our stream with hole cards visible to our viewers. You can follow it at Poker Fever Series channel at Twitch. Guys from PokerGroundTV will be commenting the game for you.

We also want to remind you that satellites to the next Poker Fever CUP are being played over at PartyPoker as you read this article. The nest PFC stop starts in good old Olomouc on December 13th, and the whole mini-festival will last till Dec 16th. Tcikets to the Main Event worth CZK 2,500 can be won for as little as $5.50 in one of many available satellites!