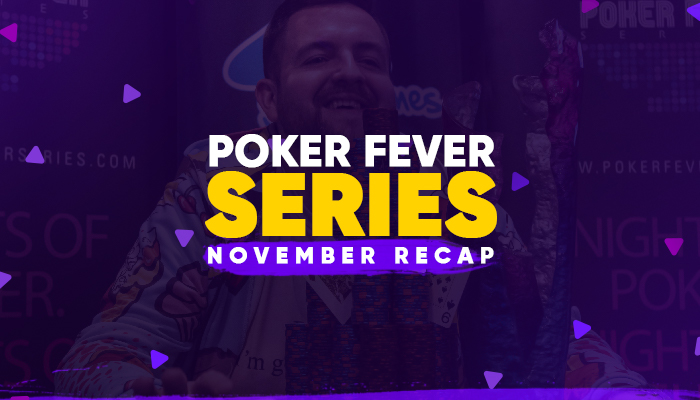 The final day of the Main Event at November Poker Fever Series was played amongst 24 players. Before the finals the chip leader was Matej Vantuch, but the final bout brought a lot of emotions to the table as the game was full of twists.

Soon after the final day had started Radek Bryknar and Mister G had to leave the table. Mister G had a short stack and his 99 lost against Petr Litera’s AK. Rene Crha was eliminated in the 22nd spot. The game was moving forward very quickly as the day progressed. One hour into the game there were only two tables left! 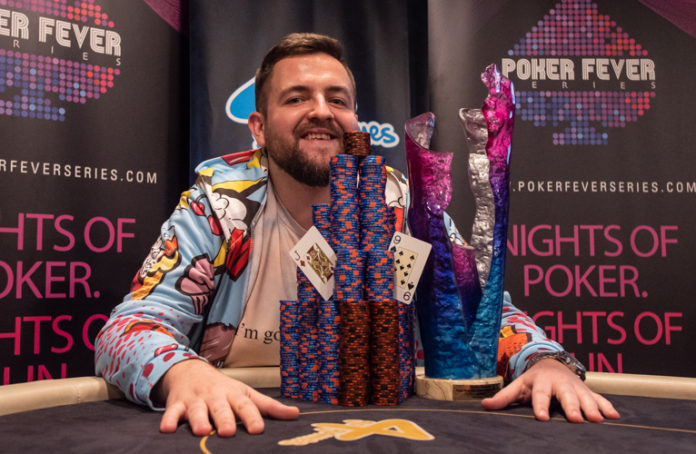 Matusz Kuczaj took the 17th place. One spot higher there was Radek Holubik. 15th went (together with CZK 50,200) to Kasper Marzec. Afterwards Krzaku eliminated Mirek Spicka. In the 12th we said goodbye to Petr Litera.

Bubble boy of the event was Piotr Trębacz. He was eliminated by Łukasz Krzyczkowski, who held 83 and completed from the blind. Trębacz had KQ, but the flop brought an eight. Only nine players were left at this point in the game!

When the FT emerged Paweł Zielony, who had a stack worth 10.4M, had more chips than both rivals in the 2nd and 3rd spots. All three of them had CZK 74,800 guaranteed and they were looking forward to take home CZK 831,600 more.

Jacek Żurek took the 9th spot. Dominik Rejmer was eliminated in the 8th. These two eliminations were very quick and nobody expected the pace to remain that high till the end. Matej Vantuch sent home Mateusz Kotnowski and then there were six.

After that Pavel Marecek lost two hands with Mirek Svoboda and took home CZK 140,800. Svoboda was the last of the local players and he was eliminated by Łukasz “Krzaku” Krzyczkowski. It was KK vs AJ with 3JJ flop, but the turn cam a king and it all changed in a blink of an eye!

We have a deal! 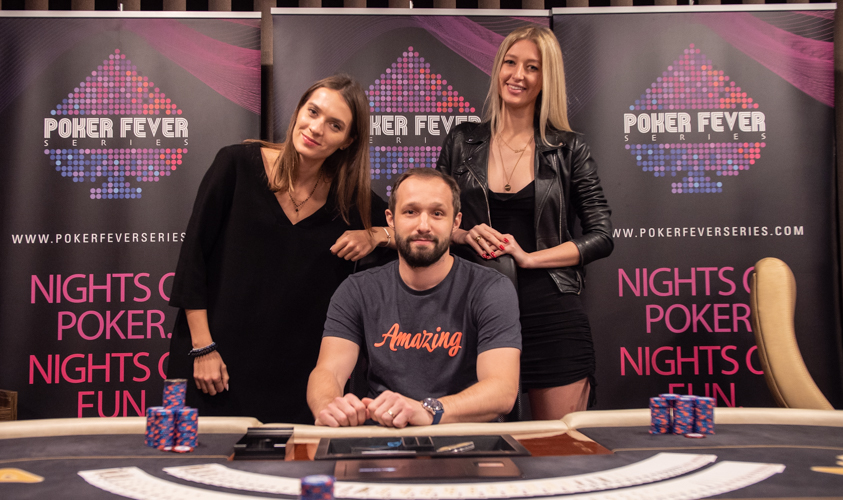 Soon after Matej Vantuch called an all-in from Paweł Zielony. He had K9 but lost to Paweł’s JT, as it caught a straight on the board. Three players left!

They were all hoping for Poker Fever Series ME trophy as well as additional CZK 30,000 for the champion. Szymon Kuczerski left as the third when his K6 lost to Łukasz Krzyczkowski’s AT.

Krzyczkowski was dominating his rival in the HU phase and he finally left him only 20 blinds. In the last hand it was 936 flop. Zielony had 79. Krzyczkowski turned over J9. Turn was T, and river changed nothing as it was a deuce.