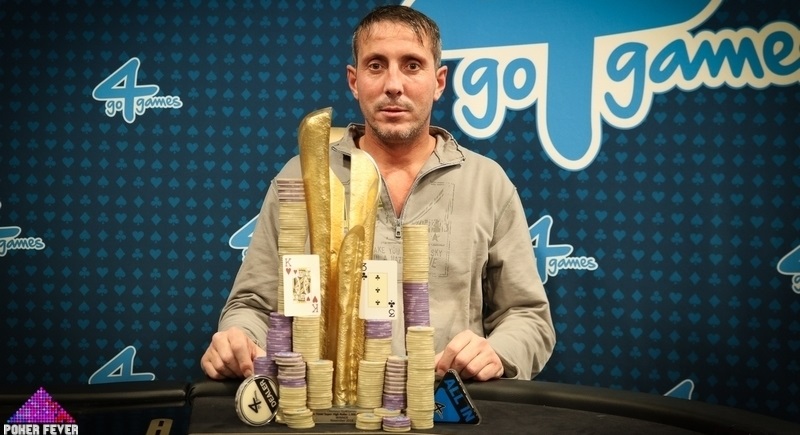 Marin Jovanovič from Croatia won the most expensive tournament at November Poker Fever Series. For his performance he won CZK 495,000! Places second and third went to players from Poland – “Grinder” and “Idziu”.

This edition of Poker Fever Series meant a debut for Super High Roller with CZK 30,000 buy-in, and the prize pool had guaranteed CZK 1,000,000. The tournament went quite well and attracted many players – 52 registrations, the number which increased gtd pool by CZK 400,000.

Six best could hope for cashing and the minimum for each of them was CZK 63,300, while the winner was to scoop the afore-mentioned CZK 495,200. Before the final phase we had to say goodbye to such players as Mateusz Dziewoński, Remigiusz Wyrzykiewicz and Roman Papacek.

Papacek, who was hoping for another Poker Fever trophy, was eliminated by “Grinder”. After a couple of clashes the Czech Republic representative moved in for his last 15 big blinds holding AQ and he got a quick call. “Grinder” had QQ, which held up after the flop. 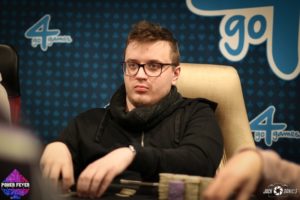 “Grinder” (pictured on the right) was one of four players from Poland who got to the final table of Super High Roller. There were also “Idziu”, “Philippe” and “Poker”. Two latter did not get into cash zone, but the others – “Grinder” and “Idziu” did very nicely after Jiri Stany hit the rail.

Jovanovic won heads-up against “Grinder” an took home the golden trophy for th first SHR winner at Poker Fever. “Grinder” had to settle for CZK 344,400.

It’s worth noting that Jovanovic’s play was very controversial. Here is what Jack Daniels from PokerTexas had to say:

“The style this player represents is quite surprising to all who play poker. Overbets 5x pot – here you go! Open for 6 or 8 blinds? Sure thing! Gigantic all-ins after small bets? Why not!

We saw an example of that at the final table. Blinds were 10k/25k, typical open bet was 140-160k and then we see the same player opening for 100 or 120k. The way this guy bets is just by grabbing chips and throwing it into the pot. He shows good hands or total garbage which makes his style totally unpredicatble.

Additionally he swings in the chair, talks to himself and jumps… His behaviour is so irradical that it is hard to get any tells on him. He also is quite generous with ordering drinks and as you can see now he is more than tipsy…”