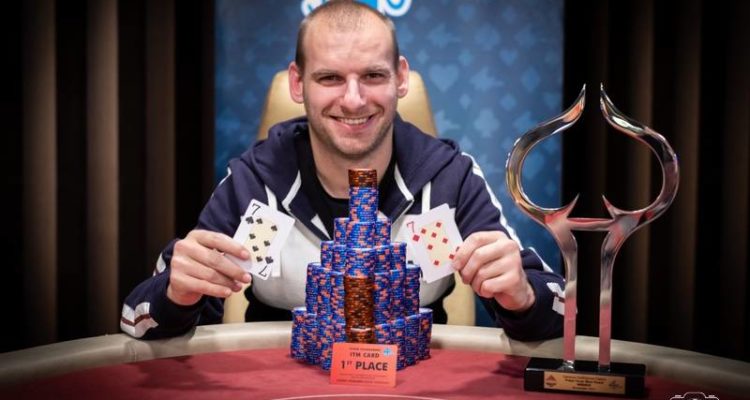 Another Poker Fever Series event arrived to its conclusion on Monday. We spent amazing six days in the magnificent Go4Games Hodolany in Olomouc and we had a blast!

Once again we had to deal with unatural circumstances. The Covid-19 pandemic was a major factor determining the number of guests at our festival. Because of that we were unable to reach the guarantees in Poker Fever One Day Special, Super High Roller (barely) and in the Main Event. It is comforting that all other tournaments have defended their prize pools. We would like to thank you for that.

Let’s meet the winners of the highlited events (chronological order).

This event had a buy-in of CZK 1.500 and the CZK 500.000 in the guaranteed prize pool. There were 309 registrations. The last man standing was a local Radomir Ondrusz who defeated his fellow countryman Josef Čermák in a heads-up battle. The third place finisher was David Urban.

The buy-in of CZK 30.000 made the Super High Roller event a unique experience for professional players and some well off amateurs. 24 players generated a total of 32 registrations. Having these numbers in mind we missed the CZK 1.000.000 guarantee only by two buy-ins.

After a night long battle Radek Jantoš accumulated all the chips of this tournament and earned a hefty CZK 368.000 for his amazing performance. Slavomír Byrtus was second and Roman Papáček third.

92 registrations elevated the prize pool of this CZK 15.000 High Roller to over CZK 1,2 mln. After two days of fierce competition it was a Pole Mateusz Szymański who came out on top. It took him only one hand to defeat another Pole Maciej Toma in his final battle. The “bronze medal” was awarded to Adam Varyš of Czechia.

It took five starting flights to gather 629 registrations in the Main Event. Stil it was enough to cover only 3/4 of the guaranteed CZK 4 mln. After three days of constant battle it was four players of Czechia who managed to secure the toppest spots of this tournament. While in heads-up the deal was struck between Marek Ohnisko and Matěj Vantuch (featured image). Both players decided to leave themselves CZK 550.000 and fight for the CZK 21.200 and the trophy. It was the Matěj who defeated his opponent and he was declared the winner of the Main Event. The third place finisher was Marek Chmelík.