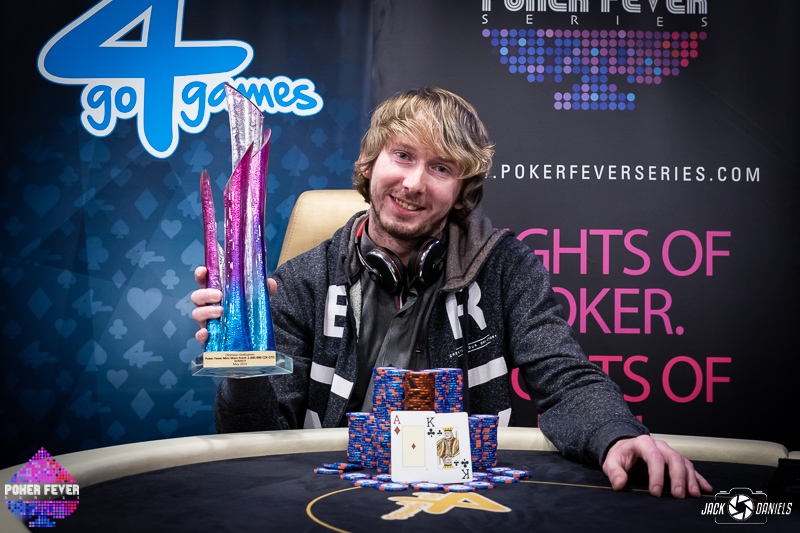 The long May weekend has ended and so has also the Main Event of the latest Poker Fever Series that took place in Go4Games Resort in Olomouc. Check the results below and remember you can also join us during the next festival to see your photo in an article just like this one!

Let us tell you how the game progressed when 9 finalists came back to the table after a break. First to hit the rail was Zubi. His AK faced nines from Besti. 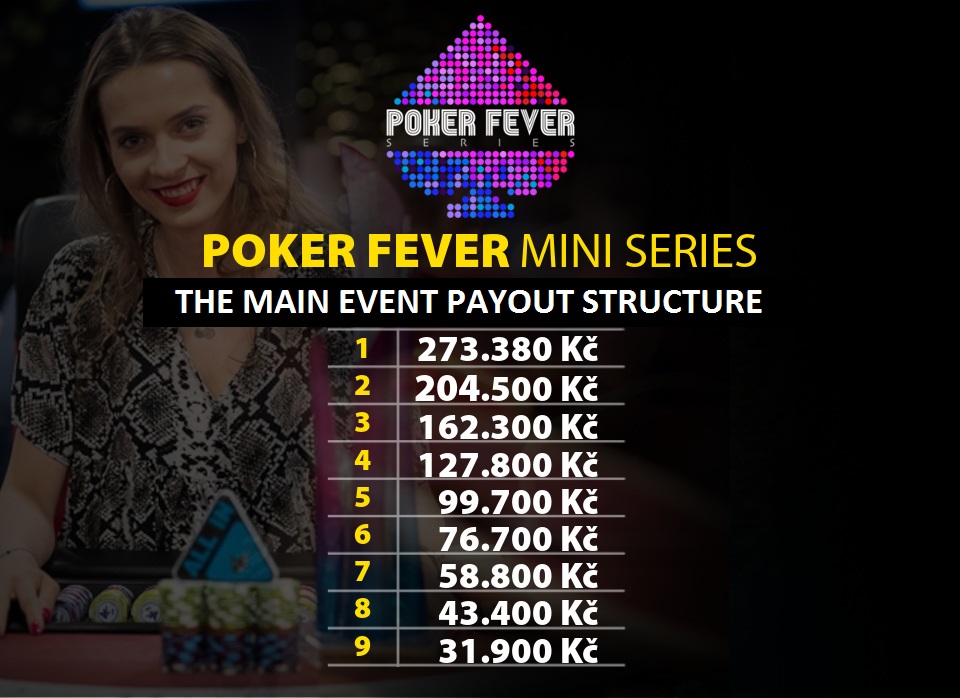 A few moments later BreakPoint doubled up. After preflop all-ins his queens won with Kylong’s AK. King appeared on the flop, but there was a queen on the river and initially better hand held up!

This time it was a double up moment for Kylong. His AK was dominating Kevin’s A7. Just after that Kylong also eliminated Szosti, who went open all-in with KJ, ut was called by AK. The board Q62A7 did not help and Szosti was on his way out.

Next to go was Kevin. He got eliminated on 8756J and beforehand he represented a straight with a big all-in. Besti tanked for a while and finally called with a set of fives to caught his opponent semi-bluffing with JT!

There were only five left! 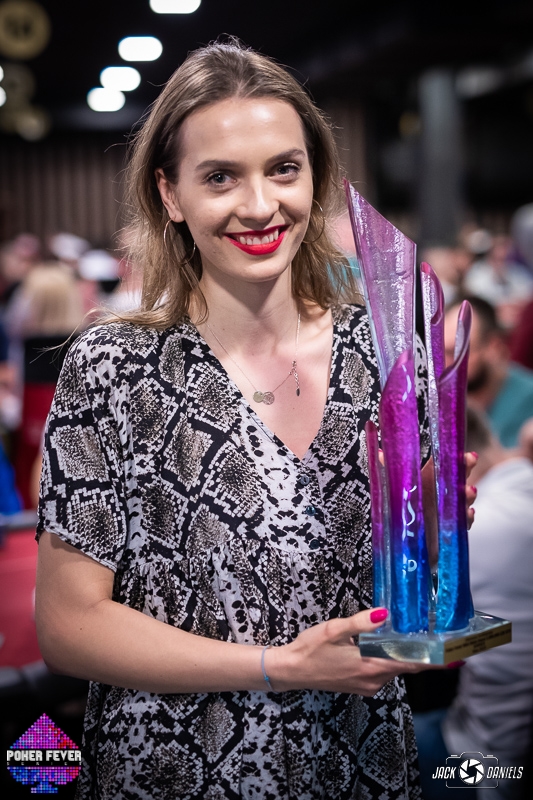 It was now a big loss for BreakPoint. He tried to bluff Besti on A3975 board with just… JT. His opponent had two pair with 97 and called his opponent.

BreakPoint lost the rest of his chips when his big pair lost with 44 that improved to a set on the turn.

Short break and another clash. This time of the two smallest stacks (both with about a million in stacks). Wesoł moved with JT and was called by Pitkas who was holding A7. Board T5365 sent the chips to Wesoł and thus also eliminated Pitkas from the further game.

After Pitkas was gone players started talking about a deal. The talk was a bit weird and complicated to be honest. Finally players agreed to the following sums: 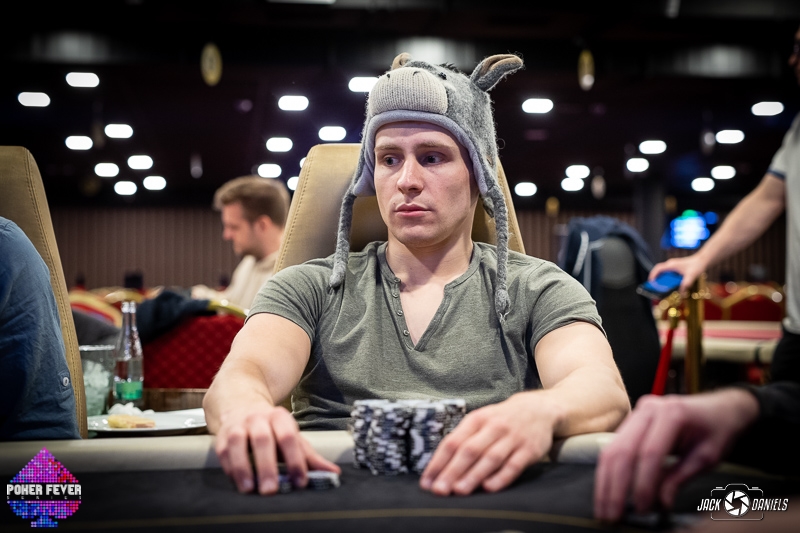 Wesoł limped in the small blind with 93 in diamonds and together with Besti they looked at the flop with QJ8 with two diamonds. Players started raising each other and all chips went into the middle of the table. No wonder – Besti had a straight with T9 (nuts), and Wesoł gutshot with a flush draw. No diamonds on turn or river and another one bites the dust as they used to sing.

Next to go was Kylong, who got eliminated by Mirek. Check on the Q85 flop from Kylong and a bet from Mirek. Call and an ace on the turn. Another check, then also a bet, but this time Kylong decided to go all-in A7. Mirek immediately called with Q5 as he had two pair! Blank on the river and that was it… Heads up time! 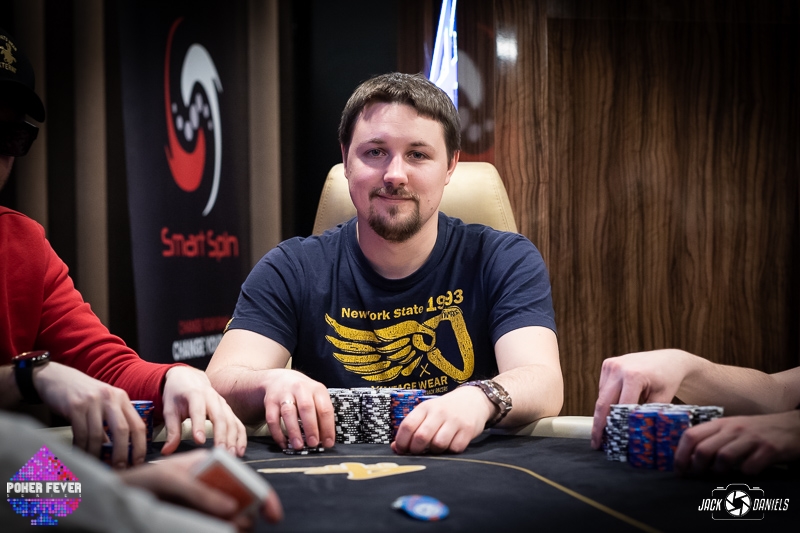 In the final hand of the Main Event Besti found AT and decided to go all in preflop. Unfortunately for him Mirek (pictured in the main photo, at the top) caught AK and naturally made a quick call. The board JJ87A made the kicker speak and we had a winner!

Congratulations to the winner. See you soon at the next PFS festival!

PFS ME May Results:

*denotes a deal, as mentioned beforehand