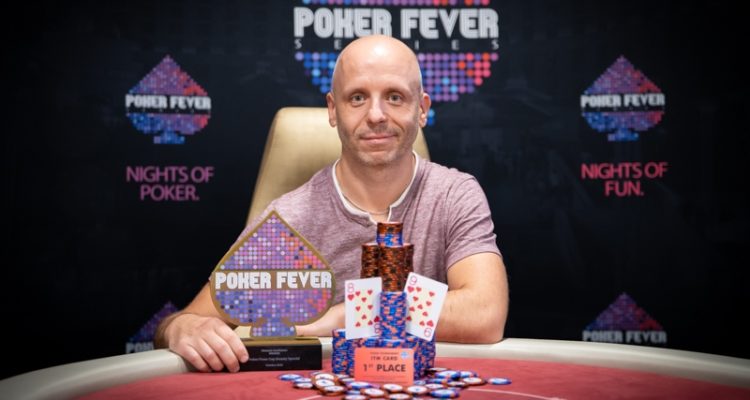 Hundreds of players once again gathered in the Go4Games Casino Hodolany (Olomouc, Czechia) for the four days of constant poker action during the Poker Fever CUP Special. Let’s make a quick recap of last weekend’s most important events.

When the action reached the final table there where only Polish players left in the tournament. 177.600 Kč + bounties was up for grabs and it was still anyone’s game. The guy who collected all the chips was Grzegorz Wyraz (featured photo). In heads-up he defeated his countryman Michał Witala. The third place finisher was another Pole Michał Rutkowski who recieved 88.200 Kč for his amazing performance.

One of the major side event was held on Friday. In order to play in the Poker Fever Mini High Roller one had to buy a 7.500 Kč entry. With the 89 buy-ins in the prize pool the 300.000 Kč was easily smashed.

9 players advanced to the ITM stage. With only 7 players left there were 6 Poles and 1 player from Czechia battling it out for the first place. When the dust settled the lonely wolf Tomáš Chrobák emerged victorious earning himself 156.400 Kč for his efforts. The runner-up of this event was Jakub Jablonski and a third place finisher was another Pole Jakub Szczotka.

The opening event of the weekend was Poker Fever Starter. It was played in a KO format so half of the buy-in of 2.000 Kč was added to the regular prize pool and the other half became a bounty on one’s head.

In heads-up Adrian Dabrowski of Poland met a local favourite Roman Papáček. The deal was made and the Pole was announced the official winner of the very first event of the weekend.

The next festival will be held from 23 to 28 November. Satellites are available only on UNIBET. Follow this link for the full schedule.