Player of the year – current standings and information regarding prizes!

Rivalry as far as the title of the Poker Fever Player of The Year goes has entered its final phase. There is only one event left to play – December edition of PF CUP. After the dust at the aforementioned festival settles we will know the winner of the golden ticket.

We have decided to keep you posted on the latest results as Poker Fever Series has just ended. Starting from 18th to 25th of November players competed in a 8-day long festival where they could win money, trophies as well as ranking points to our little race.

Roman Papáček has left his competitors far behind and it is very likely that no one will take the 1st spot from him. He received points in three events last festival and even won one of them gathering tons of ranking points.

In the second spot we have yet another regular player from Go4Games Casino Hodolany – Marek Ohnisko. This was also a very good festival for him as he was victorious in three tournaments, just like Papacek. Previous second place holder, Jakub Knapik, lost his lead as he has not appeared in the casino this time.

It was a pretty good run for Marcin Jaworski, who did quite well in big buy-in events. Kamil Krátký was present in Olomouc but did not collect any points and had to say goodbye to the position he had in our leaderboard…

Marcin Iskrowicz and Tomasz Buśko managed to overtake the previously representative of The Czech Republic. The latter even scored points in as many as 3 tournaments. 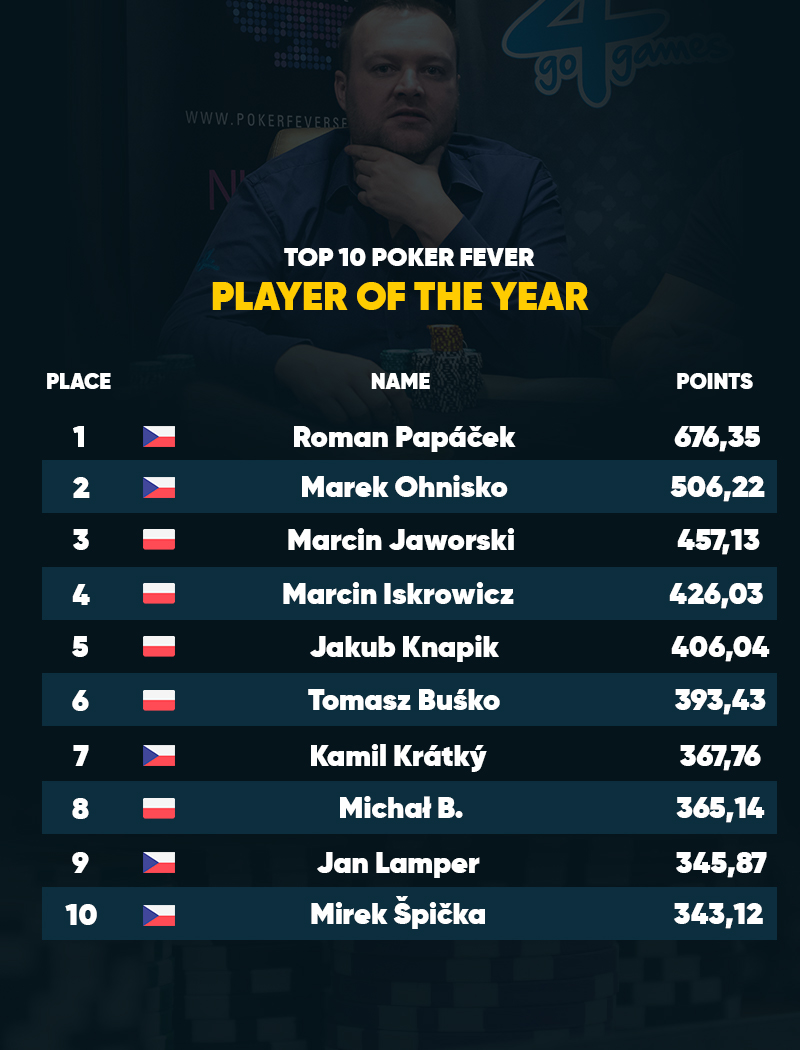 The most efficient player of the festival was Michał B. He received points in 4 events (out of 7) and this way climbed up to the top 10.

In the 9th we now have Jan Lamper, who alas did not score any ranking points this time.

On the other hand it was a big increase in points for Mirek Špička, who advanced to the final day of the Main Event and also added some points from the CUP. 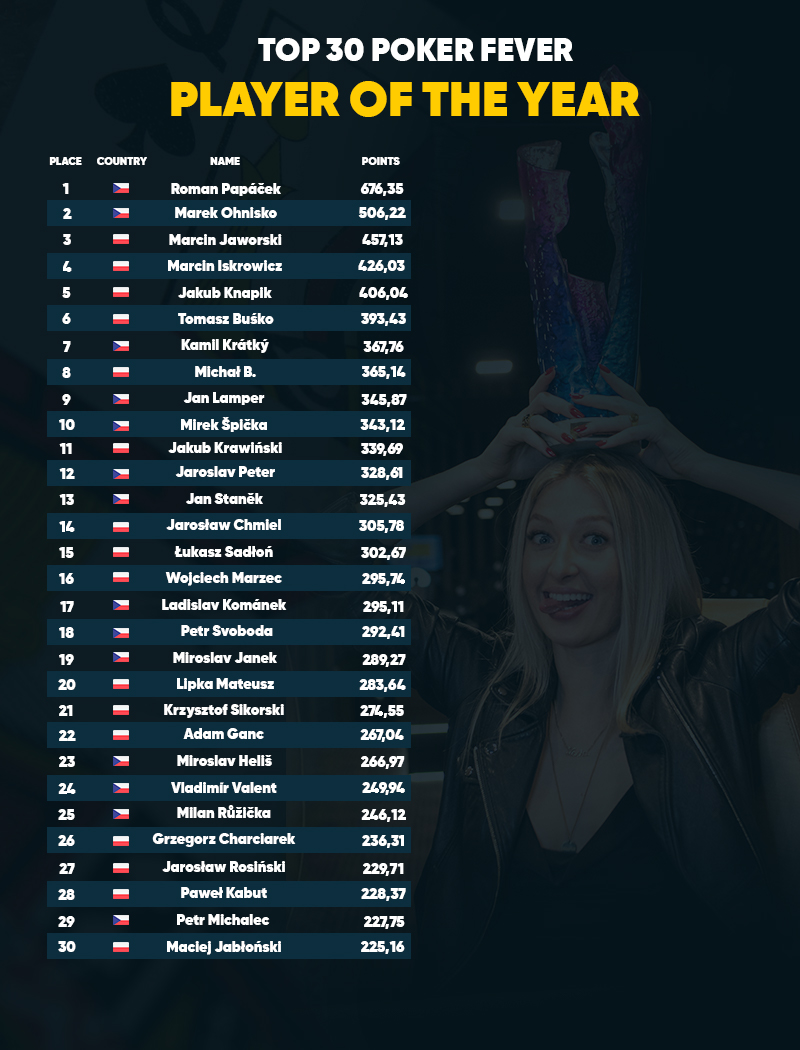 This is a yearly competition in which our players win ranking points. The more points, the better spot and the nicer the prize you can get.

The last and final chance to get some points will be between 12th and 15th December. Make sure to be there to celebrate the finality of Poker Fever 2019 – the Poker Fever CUP. Satellites are already available over at PartyPoker.