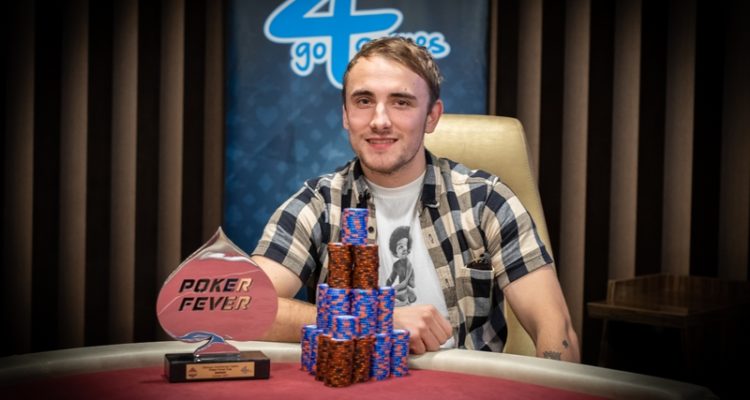 From the 21st to the 24th of October another edition of the Poker Fever CUP took place at Go4Games Casino in Olomouc. We encourage you to read the report on this event.

The competition started on Thursday. The first act was the Poker Fever Starter event with a buy-in of 1.000 CZK. 66 unique entries and 66 re-entries elevated the prize pool to a total of 114.300 CZK. In the end of the day one of the local’s Radek Hradil gathered all the chips and earned 25.000 CZK (after an even deal in heads-up with Mihail Tvic).

The Poker Fever Mini High Roller was the most expensive event of the weekend. Players willing to participate in it had to pay a buy-in worth of 7.500 CZK. A total of 72 registrations were recorded. During the registration period 49 unique players amassed 464.400 CZK in the prize pool. It was a one-day event which took place on Friday.

Seven players made it to a ITM stage. The final table was dominated by players from Poland. The only participant from Czechia – he played under a nickname Mole – finished the tournament on a fifth place and earned himself 35.300 CZK.

When there were only three players left in the tournament the deal was made. Each of the remaining players guaranteed themselves at least 100.000 CZK for their efforts. From now on they played for additional 34.400 CZK and a trophy. Damian Nagrabecki was the last man standing and he became the winner of the Mini High Roller event.

The final day of the tournament was played on Sunday. 72 players advanced to this stage and after less than six hours of fierce competition a group of nine finalists was emerged. After three eliminations a six-way deal was sealed. In the aftermath of what was agreed Łukasz Sadłoń of Poland and Jonáš Kuzník (featured photo) of Czechia played a flip for the trophy. This time the poker gods favoured the latter player and he became the official winner of the Poker Fever CUP Main Event.