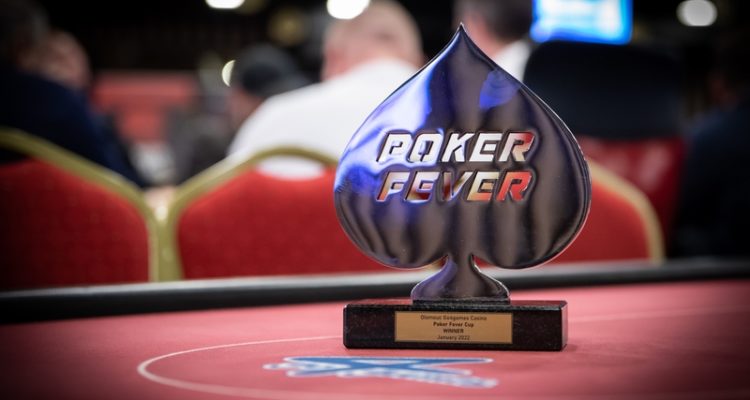 First and foremost we would like to express our biggest gratitude to you. Thank you for being the part of the January’s Poker Fever CUP. Thanks to your commitment we were able to beat two guaranteed prize pools and defend the third one, what was not the most obvious thing in the world – bear in mind the pandemic restrictions in effect – before the event had started. But we did it – you did it!

Let’s quickly review what happened during last weekend. Let’s meet all the winners.

The party began on Thursday with the Poker Fever Starter event. This tournament attracted 105 entries which was barely sufficent to cover the 100.000 CZK guarantee. For us it was a moment of the biggest tension as we were worried about the level of completion of the other prize pools. However thanks to you from that point on it all went very smoothly.

9 players made it to the sweet ITM phase. The final table was dominated by the local players. The only two Poles in the pack – Rafał Strzelecki and Krzysztof Karwański – captured places 8th and 4th. In the battle among the countrymen Tomáš Dostál managed to scoop all the chips and marbles securing himself a payday of 25.400 CZK. Not too bad for a 1.000 CZK investment, right?

55 entries and 32 re-entries combined gave a total of 87 buy-ins and generated a prize pool worth of 652.500 CZK (which more than doubled the 300.000 CZK guarantee). Eight players made it to the money including the local hero Roman Papáček who captured the 8th place and a min cash worth of 18.500 CZK.

Another player from Czechia Filip Dvořák defeated Krzysztof Karwański in heads-up and secured the second win of the weekend for the local players. Karwański was playing well and running hot the whole weekend. He made the final tables two days in a row. What a magnificent performance! Hats off to the Dvořák who managed to stop the momentum of the Pole.

As usual the buy-in for the Main Event was 2.500 CZK. We recorded 460 total entries which built the prize pool to over 1,1 mln CZK. On the final day of this event 55 players were in hunt for the 47 paid spots.

It was “Bolo” who happened to be a bubble-boy of this event. After his elimination the pressure eased and from now all the players were eying the 212.100 CZK prize for the ultimate win and a trophy. At the end of the day it were Michał Wargin and Adrian Piasecki who exchanged blows in a epic heads-up battle. When the dust settled Michał Wargin came out of this confrontation victorious and he became the newest Main Event winner.