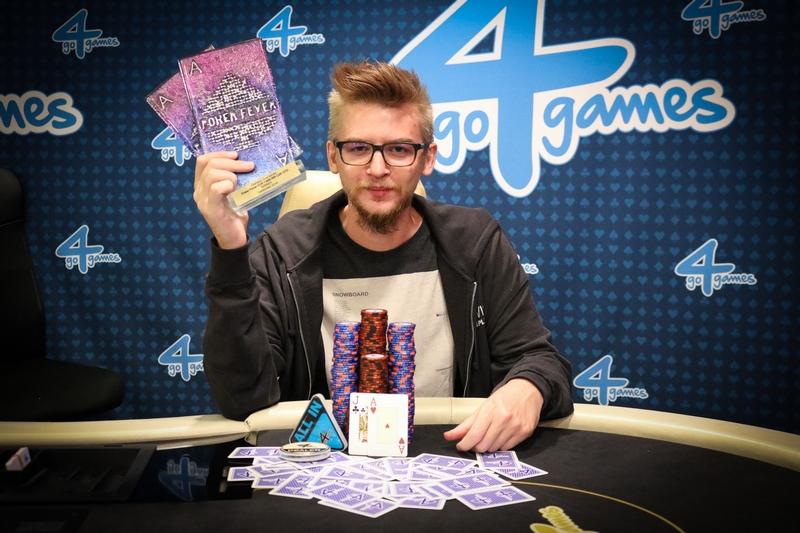 The latest edition of Poker Fever Cup in Olomouc is over and we know the winner. Below you can check the results, how exactly the game ended and who got the trophy. We also have some stats for you about the Main as well as High Roller event. Enjoy!

First some good news for those of you who love numbers. September run of PF Cup attracted as many as 466 players of whom 212 decided for a re-entry, so altogether we had 678 buy-in (CZK 2,500) paid in this fantastic event.

When the game got 4-handed (all Polish players at the table) guys struck a deal:

The potential winner was still playing for 40,000 extra!

The game was fast and soon we got to know the new champion of Poker Fever Cup!

Both finalists had similar stacks when they decided to go all-in preflop. Mateusz Łuniewski was holding 66 and Kamil Pławecki A3. Board in the form of J4276 sent the big pot towards Mateusz and the other Pole was left with 6 big blinds (1,2 mln).

Soon after new leader finished him off when his AJ proved better than T6 Kamil was holding, although there were some fireworks on 754KQ board.

Thus the winner of Poker Fever Cup is Mateusz Łuniewski!! (main picture, above)

Here are the final results for Poker Fever Cup:

Here the buy-in of CZK 7,500 was not big enough to scare 90 players. What is more, 22 players decided they want to give it one more try and went for a re-entry. After all was said and done we moved on to the final phase of the tournament. The heads-up was also marked with a deal as follows: 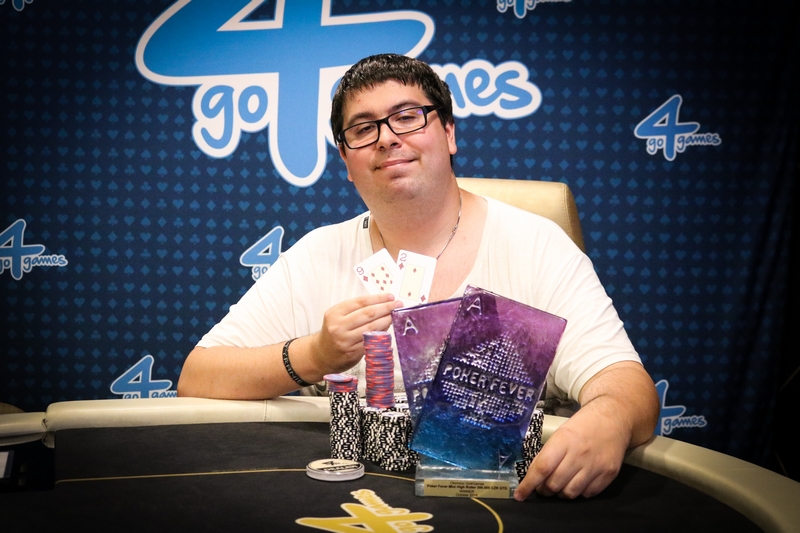 Interestingly the Czech Republic representative was very reckless after the deal had been made. He moved all-in often and spew chips. Polish player aimed for the trophy and he managed to double up on KT8 board – Smal had 97, and Kratochvíl a flush draw with 32. The turn was nine, Pole caught a pair and river did not complete the flush. Tobiasz took a slight lead.

A few hands later most of that was gone! The board was 87299 and Kratochvíl went all in only to see Smal tanking long before finally calling the bet. He was hoping to win with 84, but opponent tourned over 92, a full house!

The tournament was over pretty quickly afterwards! Karel went all-in with T7, and Tobiasz called with K8. Flop QJ7 brought a pair to Karel Kratochvíl, but turn was 8 and Tobiasz Smal took the lead. He enjoyed that till river, which was a ten, giving two pair to Karel!

Tobiasz Smal won CZK 162,200 for the second place and the winner of High Roller was Karel Kratochvil (pictured on the right, enjoying CZK 190,300 first prize :))!

Congratulations to all the winners and get ready for the next Poker Fever festivals!