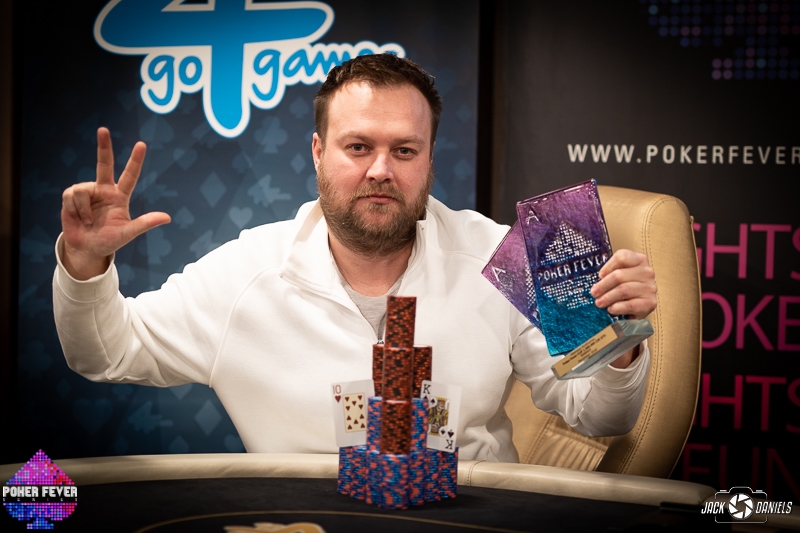 Poker Fever CUP – we know the winner of the Main Event

Another Main Event at Poker Fever CUP in Olomouc is over and it’s time to get to know the lucky and skilled player who won the champion title as well as scooped a very nice main prize of over CZK 180,000! 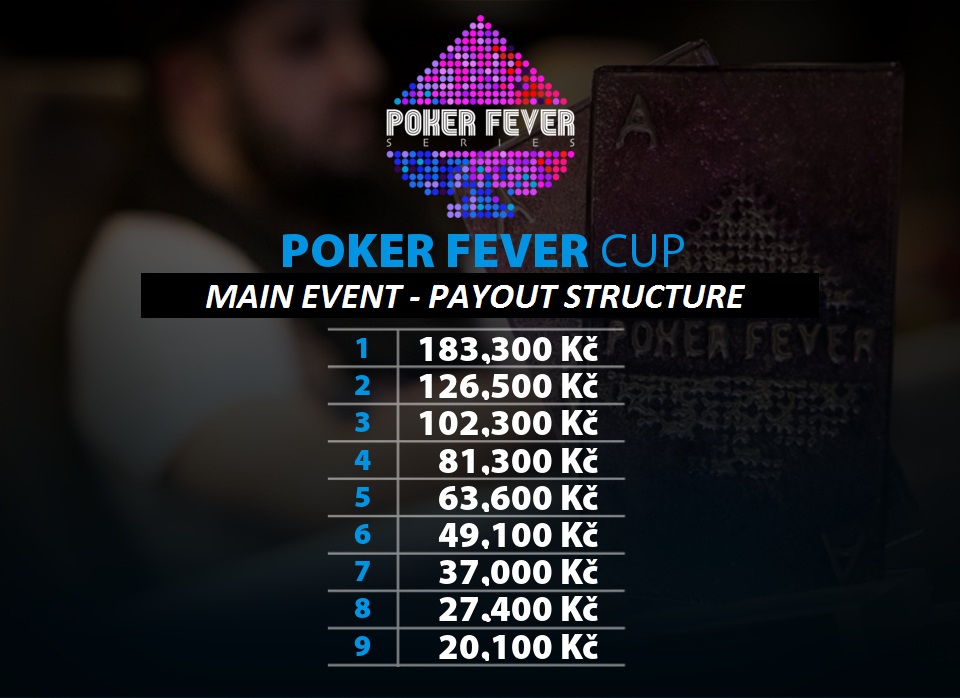 Here to remind you is the structure of Poker Fever Cup:

After four starting days (A, B, C + turbo D), when all dust settled the final duel was played between Roman Papacek and Patryk who initially had a much smaller stack, but was able to even it out when he was holding AQ and won against his opponent’s A8 on K75K3 board to increase his stack to over 4.8 million.

Few moments later the heads-up was done however. In the final hand Patryk faced Roman’s KT with 97 suited. It was not easy already on the QJ3 flop and neither 6 nor 8 on the turn and river helped him. Papacek just stood up and went out to have a smoke. Day as usual for him I guess…

That’s how Roman Papacek won another Poker Fever event. Must feel nice as he has already won the PFS Main Event and PFS High Roller. This time he added Poker Fever Cup title to his name!

Congratulations to the winner and see you all soon, at January edition of Poker Fever CUP, schedule of which you can already check by clicking this link.