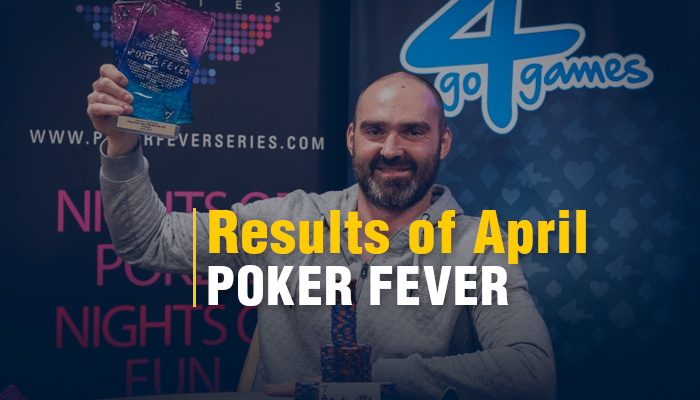 Poker Fever Cup X – summary of the ME & High Roller

Yet another Poker Fever Cup festival has ended and it’s time to sum it all up. First let’s take a look at the final table we had an opportunity to observe during the last phase of the PFC Main Event.

Below, just to remind you is the structure for Poker Fever Cup ME: 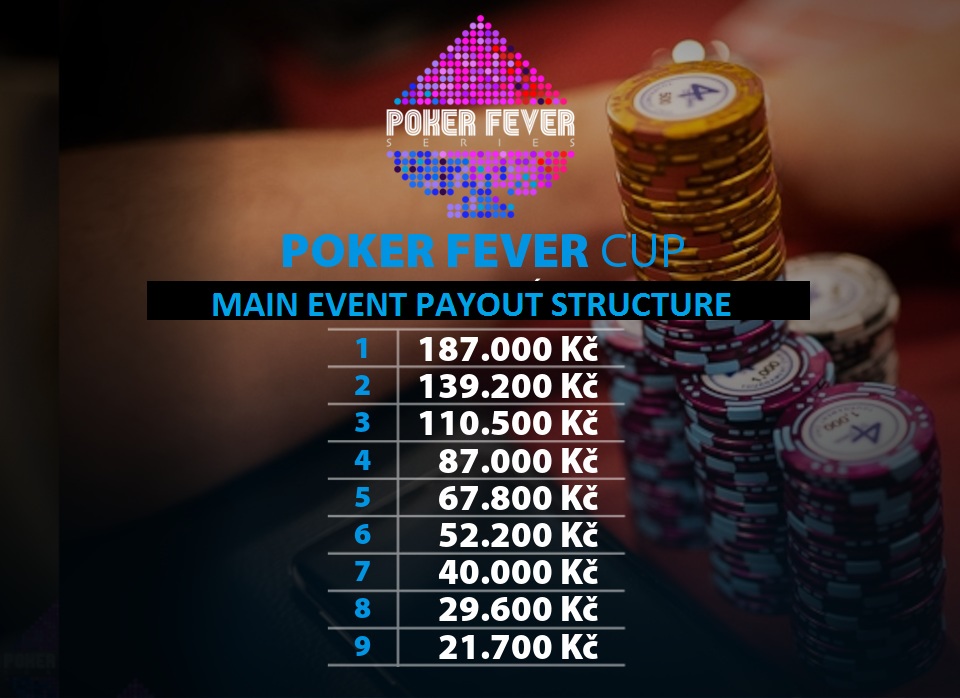 Here are the stacks (according to the order players were seated at the table):

At that time the blinds were 25k/50k/BBA, average stack equals 1.25 million chips.

From the very beginning Iskier was dominating the table.

First he doubled through Jakub, then he won some chips in smaller pots and finally sent a Czech Republic representative to the rail. Jakub opened, Iskier 3-bet, and Dalibor called from the blind (Jakub supposedly folded a pair of tens). The flop came 234, and Czech player moved all-in. Iskier thought for a second and called with 88 to see that his opponent had AQ. Eights held up and there were eight left in the game.

Jakub opened after a while from CO and got raised by Talibenes in the big blind. Jakub decided to 4-bet for one million! His opponent went all in and Jakub had to call him with his A3. Talibenes showed kings, but an ace fell on the flop! A huge pot went to Jakub, who tried to explain that he put his opponent on air. Well. that’s poker folks!

Lipka finally found a hand to go all in with and got eliminated! Youngman opened, Lipka responded with a quick all in with AQ, but got snap called by kings! Low board and Lipka hit the rail although he seemed very unhappy with how it all went down.

The whole situation made Palo, Hejda and Rzeżuch, the three smallest stacks, happy (700-800k). The table is still dominated by Jakub and blinds went up to 40k/80k/BBA.

Jakub eliminated another two players. First we said goodbye to Rzeżuch. He moved all-in with AJ after Jakub opened and got called by AQ. Flop came Q98, then we had a jack and a king and nothing changed.

Next to go was Palo. Jakub once again opened and big blind Palo went all in with KJ. He got a call from Jakub who showed A3, and they looked at QJ2 flop (two clubs). The turn was a king (club) and the river was an eight of clubs. Jakub with his 3c won by completing a flush while his opponent had two pair!

Hejda went all in with AJ, and Youngman, who was in the bb called with KK. Better hand held up and then there were three.

It was just a prelude of things to come. At the moment the shortest stack at the table is Jakub! He initially lost with AQ against Youngman’s AK, and then with a flush while Iskier had a full house. Stacks are as follows:

The blinds are 50k/100k/BBA, average stack is about 3.5M. Anything could happen and boom. Youngman gets eliminated and we’ve got HU!

First Jakub doubled on Youngman, when his 66 won with AK. Then Youngman decided to go all in from small blind while holding Q7, and Iskier called with A9. The board contained a nine and another player hit the rail.

Stacks before heads up:

Iskier really wanted to win his first Poker Fever trophy and Jakub was defending the title. Plus they also would like to collect as many points for Poker Fever Player of The Year race as possible!

Just as we imagined – it was a very severe heads up!

Jakub had fewer chips and tried to double up. He managed once, but then he moved all in with A4 for about 10BB, and Iskier called with K7. First king appeared on the flop, second on the turn and the new winner of Poker Fever Cup emerged!

The winner of the X edition of Poker Fever Cup is Marcin “Iskier” Iskrowicz!!

Jakub was a bit disappointed after the game, but second place was still really good result after winning previously. We would also like to add that the game went down in a very friendly atmosphere. 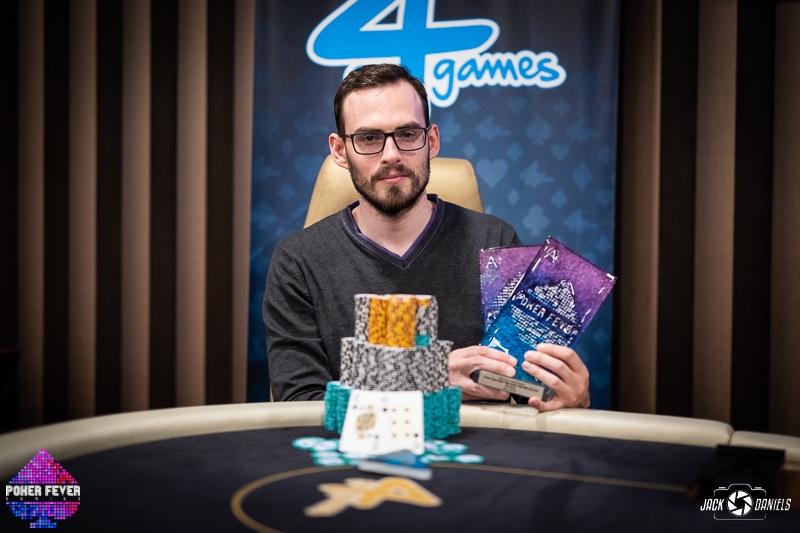 As far as the High Roller goes the trophy went to Jan Lamper (together with CZK 173,100). Above is a pic of the lucky and very skilled player and the structure of the event in case you’d like to join another one like that during the next PF stop!

Hope you enjoyed it and looking forward to see you during the next PF festival in Olomouc!