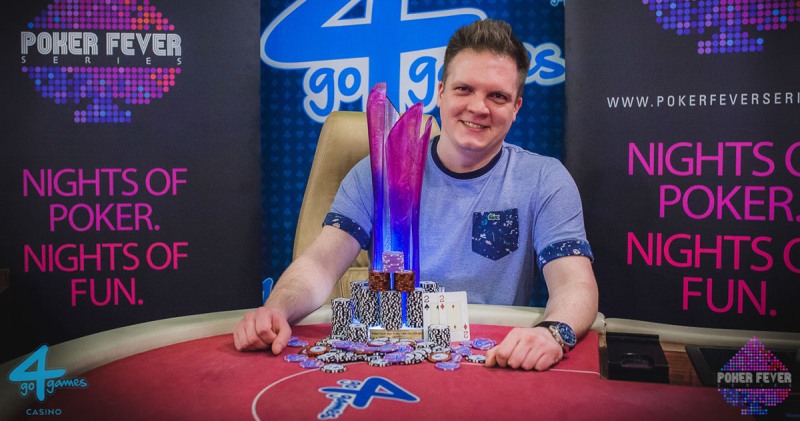 That’s right! The exclusive tournament came to the end. High Roller event played as a part of Poker Fever in Olomouc this March is already finished.

Jakub Slosarcik (pictured next to the eventual winner on the right) came third and cashed CZK 201,000 for his performance. Here is how two remaining stacks loooked like before the final HU phase finally began: 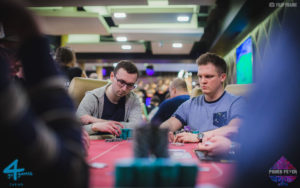 Before the two get to their decisive hand, let us first tell you a bit about the success this HR tournament has been. 85 entries and 22 re-entries – altogether 107 registrations.

Andrea from Pokerzive was closer to the action, and she would probably give you a detailed description of what has happened, but the emotions were at such a high level that it does not really matter.

In a nutshell: Polish player hit a set of deuces at 962 board and after a couple of raises went all-in. As it turned out his opponent from the Check Republic had two pair.

And so Remigiusz Wyrzykiewicz proved better than anyone else in the Poker Fever Series High Roller and won CZK 464,400!

We would also like to congratulate Jiri Horak, who put a nice fight and cashed CZK 280,000 for 2nd position.

PS: Don’t forget that on Tuesday, March 20th, in Olomouc we will also play the finals of Poker Fever Series Main Event. On this occasion we have prepared a special freeroll for live stream viewers. By registering to it you can win cash prizes and entries to inaugural Poker Fever in Rozvadov as well as April PF Cup in Olomouc.

Satellites to Poker Fever Series Rozvadov (2nd-14th of May) start pretty soon. Ticket to Main Event worth $300 can be yours totally for free. During the streamed finals of March PFS there will be a special freeroll for our viewers. Added prize pool to this event is $1,190! Check the details by clicking banner below!