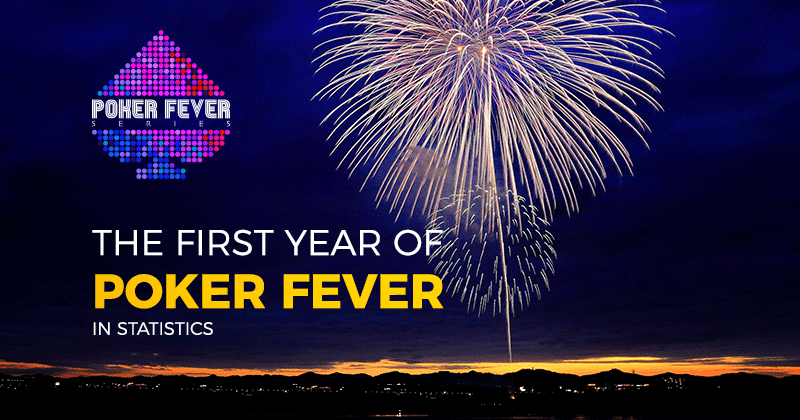 Poker Fever in numbers – a year has passed since the brand’s debut on the market!

Poker Fever has been present on the poker stage for 12 months now. This is why we decided to make a summary of the most important events. Meet the winners and check the stats that best show how succesful the brand has been in the first year.

The whole tournament series was a brainchild of Marcin Jablonski and the idea came to him months before it saw its fruition. All that was happening when the afore-mentioned was working on a poker series for Redbet. When his cooperation with the operatorcame to an end he had just the right conditions to create his own regional, and then potentially European series. 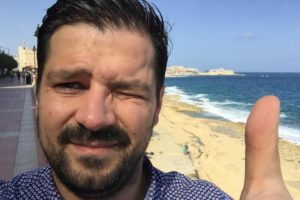 Let’s take a look at what Marcin was saying before the series started.

I had talked about the idea for some time, but for the last couple of months it was constantly on my mind. On the one hand Redbet expected results, so it motivated me, but I wanted to set myself free. This conflict inside of me gave birth to Poker Fever Series. The pressure is now much bigger than before, but the satisfaction of doing something on my own is incredibly pleasant. I don’t know about you, but I certainly caught the Poker Fever. I am scared to think what will be hapenning a few days before we start.

In December Marcin had his business plan going full speed. The climax of that was the stop in the middle of March.

There was no turning back. Between 10th and 21st of March the Poker Fever series offered players a 12-day festival, that took place in Go4Games Casino in Olomouc. No one thought this place would become second home for so many players from Poland and the Check Republic, both lovers of cash games and tournaments. 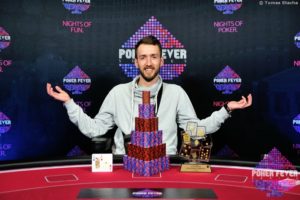 The High Roller was attended by the best of the best. We had coaches from Smart Spin and Smart Backing, with Dominik Panka and Limitless among them. The event turned out victorious for Maciej Rogacki (CZK 361,300).

Th second time we met in Olomouc was the end of July. In comparison with the first installment this festival had a slightly changed schedule and it was three days shorter. 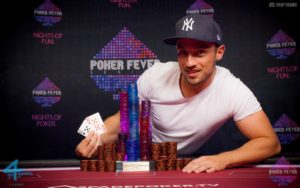 Jakub Chludzinski – the only Polish poker player to ever win ME Poker Fever Series.

The first prize (CZK 535,800) in High Roller went to Slavomir Byrtus. Best of the Poles, Marcin Dziubdziela, was third and he received CZK 227,300 for his participation.

The last of the big Poker Fever Series events was the one in November 2017. This time the Main Event attracted fewer people – 794 poker players, among which 222 decided for a re-entry. In comparison with March and July editions the winner of this one, Roman Papacek, won half the money his predecessors got (CZK 518,800). That was partly due to a seven-way deal made at the final table. 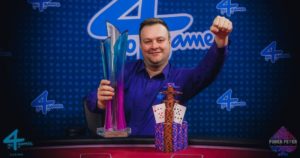 Roman Papacek – the winner of the 3rd Poker Fever Series

The High Roller broke yet another record. As many as 124 players registered to it, thanks to which the prize pool was CZK 1,860,000. The winner was Petr Svoboda, who left the tournament CZK 540,100 richer.

After the first festival had been over the organizers got a lot of positive feedback from players. There were many inquiries about if Poker Fever could happen more often. These suggestions made Marcin Jablonski decide to create a smaller version of the festival, hence Poker Fever CUP. 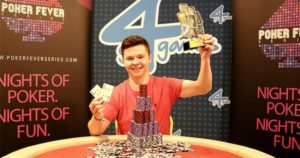 Names of all the Main Event & High Roller winners are presented below together with all the important statistics on Poker Fever brand.

It’s worth noting that starting from January we added a High Roller to the weekend festivals. It was a great idea as we can see by looking at the number of entries (131) and prize pool (CZK 982,500), which exceeded the guaranteed one by three times! The winner of the inaugural edition was Danes Zatorsky, who got CZK 218,300 after a deal.

The HR event is also present in the next PFC schedule, planned for April 13th – 15th.

Poker Fever – one year in numbers

As a summary we want to show you some numbers to make it easy to see how both festivals developed in the last 12 months.

Join the satellites to March Poker Fever Series as well as April edition of Poker Fever CUP. This week alone offers you as many as 50 guaranteed entries to ME PFS.