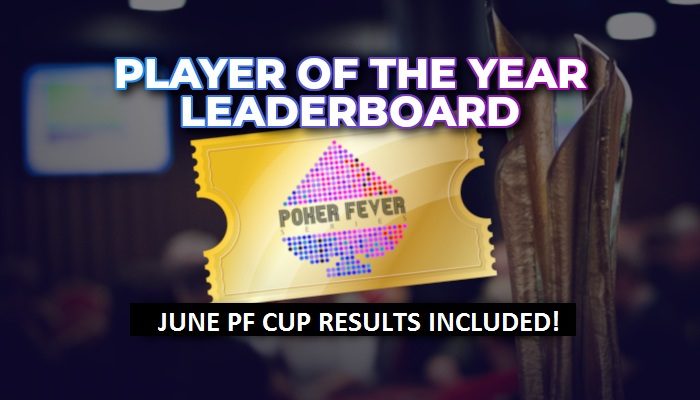 Poker Fever Player of The Year – May MINI series update

Every festival counts! This is something worth remembering as far as Poker Fever leaderboard goes. Just check how our rankings have changed after the festival which you had a chance to participate in back during the long May weekend.

Our new leader now is Jakub Knapik ⇑6, who advanced thanks to final tables at Jack Daniels Poker CUP and High Roller event. 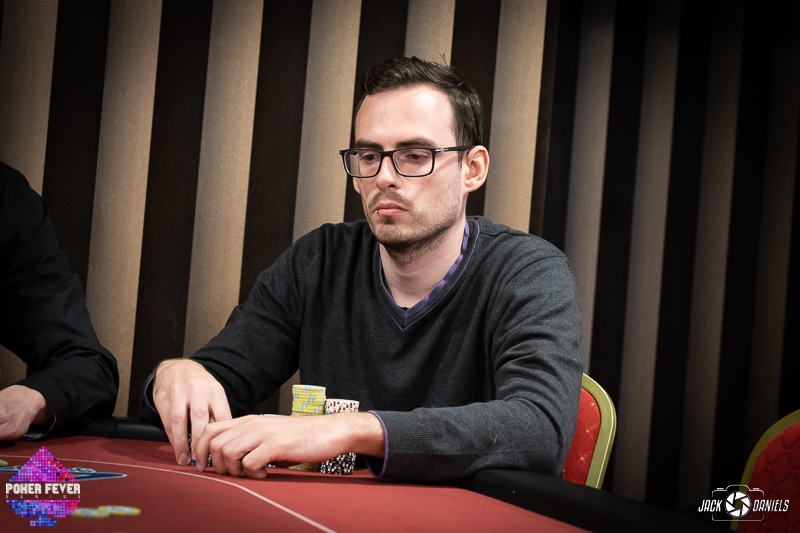 There was also some great play from Marcin Iskrowicz ⇑6  who is now placed in the second spot. Polish poker player had a chance to win Masters event, but he finaly finished fourth. He also did well in the Main Event, but some hasty decisions deprived him of a large stack needed to get far at the FT.

In the third we still have Marek Ohnisko, who played his game and kept the position he had had previously.

During the MINI Series Jan Lamper ⇓3 lost the lead as his performance was not exactly the best in his career. No points added to his account and thus a drop down to place 4.

Miroslav Janek ⇓3, was seen at the tables, but he did not get many points and his 2nd position was swapped for the 5th.

Kamil Kratky ⇓2, finalist of March ME PFS made an appearance, but he did not receive any points and lost two spots.

Players who were previously 7th, 8th and 9th, that is Maciej Jabłoński, Tomasz Wójcik and Mateusz Lipka, decided not to come and so they lost a few spots. Maciek ⇓2 is now in the 7th; Tomasz ⇓2 in the 8th and Mateusz somehow defended his place.

In the last of the first 10 players we have Grzegorz Charciarek (no changes), who was present at the festival, but did not advance any higher. 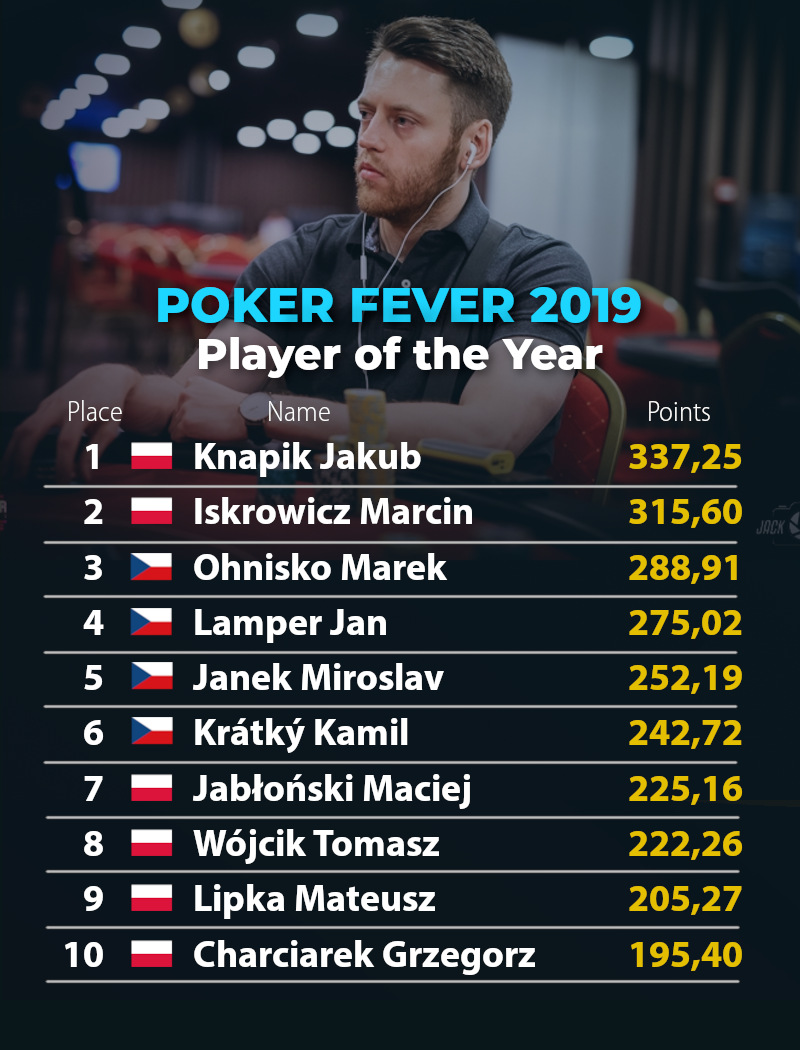 Below you can see all the thirty players who aspire to win our little Poker Fever leaderboard race.

Remember that in PF ranking race we compete the whole year and the more points you get the better prizes you can receive. 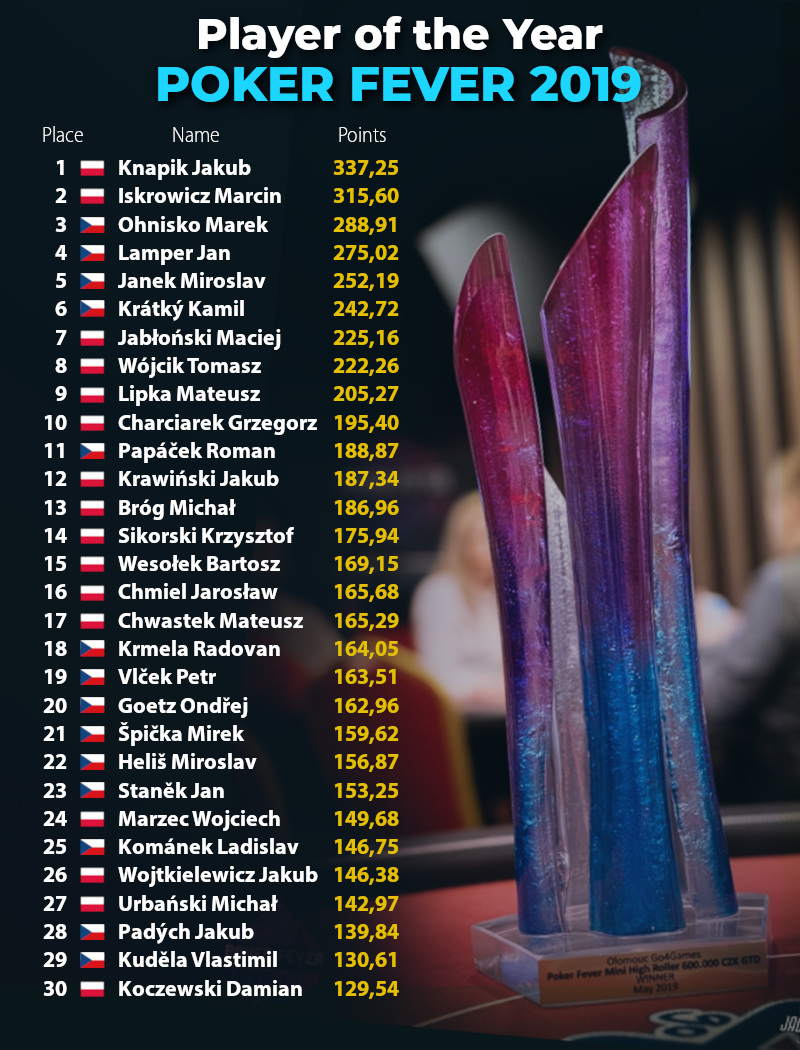