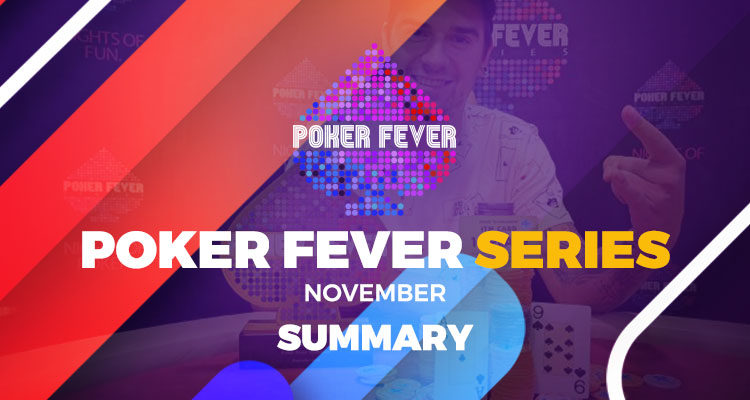 Delightful meetings, evening interactions, fun and most of all, a few days of poker at Go4Games Casino Hodolany. We invite you to read the quick summary of the latest Poker Fever Series event.

It was a unique edition of the Poker Fever Series. Unique because of the circumstances in which it was held. It just so happened that the events at the Go4Games Casino Hodolany in Olomouc coincided with the Polish national team performance at the FIFA World Cup in Qatar. As it turned out, this had an impact on the attendance during the November event.

It turned out that the most important day of the Main Event took place on the day when the Polish team played a match against Saudi Arabia. Without a doubt you could see during the 1C ME day that something important was distracting the Poles from participating in the game. Due to the desire to follow the World Cup some of the potential participants did not come to the Czech Republic at all and those who were there were reluctant to sit at the tables when the Polish team struggled to get out of the group. This of course was quite understandable.

We are even more happy that despite unique circumstances you were very close to defending the guaranteed prize pool. In addition we can say that there were overlays in competitive poker series that took place in the region at the same time. We can draw a conlusion out of this – the World Cup did not serve the game of poker. But it’s all good. We had a blast.

As for the Main Event itself, it was won by a local player named Lama. In heads-up, the Czech met with the Pole Bartosz Soroka. Then both gentlemen came to a deal and each guaranteed himself a prize of CZK 420,300. The winner of the event – Lama from Czechia – received an additional CZK 10,000 and a trophy.

The most expensive event of the series was the Super High Roller. In the Kc 20,000 tournament you could compete for a guaranteed Kc 500,000. It is worth noting that this was a bounty event.

Five players reached the ITM stage. Dawid Kuliberda was the winner of the tournament, taking home Kc 170,800 from the regular prize pool and Kc 139,300 in the form of a bounty. In heads-up his rival was another Pole Paweł Ładniak. Czechia’s Radek Jantoš took the third place.

As usual one of the most popular event of the entire series was the two-day High Roller. This time the buy-in was reduced to CZK 10,000. 72 unique players registered and after adding re-entries the prize pool was made up of 114 buy-ins. 13 players survived into the money.

With three players remaining in the tournament the deal was made. The players divided all the monety and played only for the trophy itself. The tournament ended without a heads-up phase as the winner, Grzegorz Idziak, eliminated two opponents in one hand. By virtue of the deal, the trophy went to him, as well as the biggest cash win, which he secured a moment earlier.

The competition in the Bounty Masters event lasted until 6 am. The buy-in for this tournament was Kc 6,000, half of which went to the separated bounty pool. The total prize pool was made up of 142 registrations.

The final table was dominated by players from Poland. Only two local players appeared on FT, and one of them was eliminated very quickly. A moment later the last Czech standing Roman Papáček, who completely dominated everyone who tried to stand in his way in the semi-FT stage, busted as well. From this point onward it was only the Poles affair.

Two amazing players reached the heads-up: Michał Wargin and Jan Przysucha and it must be said that we followed this duel with great pleasure. The winner was the former, a real dominator at Poker Fever festivals, who this time earned himself Kc 105,600 and some bounties – and there was a bit of that. Jan Przysucha was defeated heads-up for Kc 69,200 + bounty. Kamil Suchy took third place and over 51.000 Kc.

The last Poker Fever event of 2022, the Poker Fever X-mas Special, starts on December 15. Read about the details – here. See you at Go4Games Casino Hodolany.