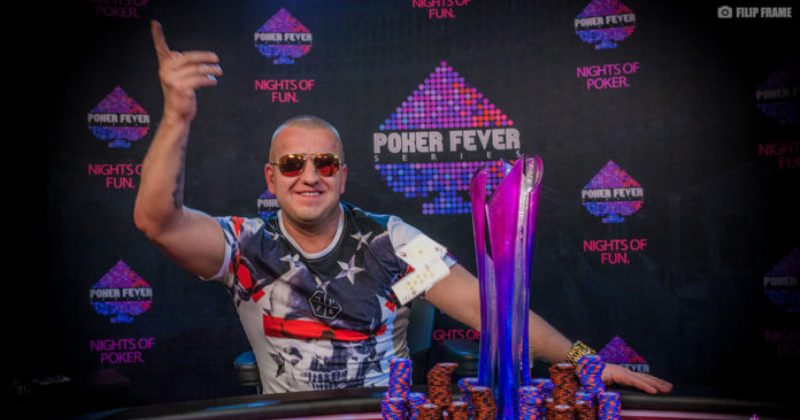 The fourth festival of Poker Fever Series is in the history books. Polish players put up a great fight, but the trophy will remain in The Check Republic!

From the very beginning Poles were trying really hard to dominate the festival. For instance Remigiusz Wyrzykiewicz first got to heads-up phase of PF Cup, and a day later he won the High Roller. Many side events were won by players from Poland, too. The Main Event, however was not meant for them.

Finals of the Main Event

The Main Event had a total of 1001 entries. In the lead before the ME final table there was Polish poker player Spiver. 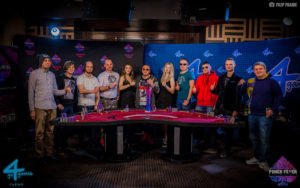 After an hour of play we had the first elimination. Tomas Macek was sent to the rail by afore-mentioned Spiver, who had a full house with A4 against his opponent’s KQ.

Interestingly game quickly became 4-handed after the elimination of Mikhail Filatov, once more done by Spiver. Adam had AA which held up against his opponent’s KQ.

This is when players started talking about a deal. Here are the stacks from that time:

According to the agreement they’ve made their guaranteed payouts were as follows. There was CZK 207,000 as well as a very nice trophy left in the game.

The only representative from Poland didn’t want to give up just yet. Spiver accumulated chips and dominated the table, acquiring at one moment a huge lead. It all changed in one hand, which involved Adam, Michal and Miroslav, who respectively had KK, AK and AA. Board didn’t change much and it meant the end for Michal as well as much smaller stack for Adam.

Next to go was David, whose KQ fell to Miroslav’s Q8. The latter had a pair of eights on the flop and thus advanced to heads-up. This was very short however and once again player from Check Republic had the “snowmen” to thank for it. His A8 proved better than Pukownik’s K4.

And this is how the Poker Fever Series Main Event trophy and the biggest win of the tournament went to Miroslav Janek, who had by far the smallest stack while the deal was being made. It happens, as they say.

Congratulations to the winner, Miroslav Janek. This player is a living example that just because you have the shortest stack when the game begins doesn’t mean it has to stay this way. Also good game to Adam Pukownik who did very well and his fancy plays made the live stream a great spectacle to behold. Here are the end results of March PFS Main Event:

Stay tuned as a new portion of poker action is coming up quickly. In April Olomouc will host yet another Poker Fever Cup, and then in May you can already feel invited to Rozvadov.

Get ready for some nice events and wins!