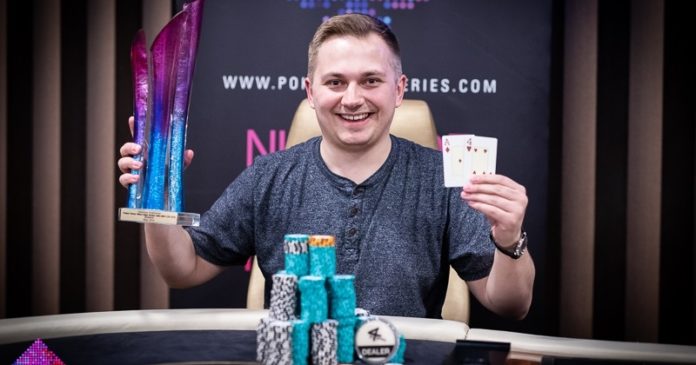 Yesterday evening the High Roller event over at PFS in Olomouc came to the end. The netry fee to this tournament was CZK 15,000 and guaranteed prize pool in the event was set at CZK 600,000. On day 1 the buy-in was paid 43 times. In total as many as 10 players adanced to day 2. Late registration was open till the end of the first level of blinds on day 2. Two players decided to use this option and joined the game.

Bubble boy of the FT was Peter Jaroslav. Ironically he played only one hand and was eliminated after a few minutes when his 5-5 lost with opponent’s 9-9.

All in all there were 5 places paid and 9 finalists were batling it out to cash. First to git the rail were Jan Lamper, Dawid and “PayMyOverbet”, who earlier managed to win the Jack Daniels Poker Cup.

Bubble boy of the High Rollera itself was “Jawor”, who played open all-in for 14 big blinds, while holding 8-8. He got called by “Zaju”, who had the big slick and kings both on the flop and river sent Jawor home.

In the fifth spot we said goodbye to “Zaju”. First he lost a big pot against Jakub who completed a nut flush on the river when his opponent hit nut straight on the turn. “Zaju” was thus crippled and left with just 6 blinds. In the next hand he decided to go for it, but unfortunately his 10-7 lost with Petr’s K-7s. 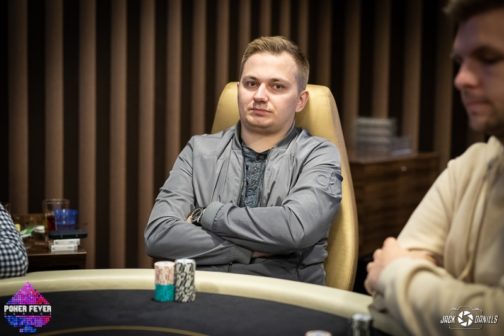 Third spot belonged to Jakub. His A-J lost with a dominating hand – the A-Q held by “Romi”. The flop included a jack giving some hope, however turn brought a queen and the winning hand held up.

Finally “Romi” won the tournament. His opponent managed a few times to take the lead, but sooner or later the final hand had to occur and it did. “Romi” put “Gary” all-in with A-4 in his hand. His opponent decided K-10 was good enough and called. Romi’s hand was not extraordinarily strong, but it was better and the cards that dealer put on the table changed nothing in this matter giving the PFS High Roller cup to Piotr “Romi” Romanczukiewicz.