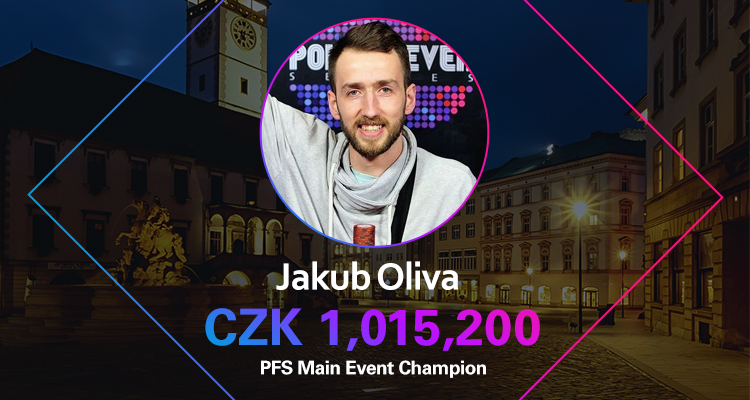 Poker Fever Series Olomouc: this is the end!

The most important tournament of Poker Fever Series Olomouc ended last night and with it, we are saying goodbye to the first stop of our festival.

But what a tournament it was!

It started humbly, with 254 players registered and 65 who advanced to the second day. At that moment, we already knew that the total number of registrations will hit four digits, as some people still wanted to play a few more important side events such as Moravia Cup, Poker Fever Masters or the High Roller.

Day 1B proved that to be true. This time we witnessed 327 registrations and almost 100 players who survived the day! It got us even more anticipated for the Saturday action because this time we were waiting for not one but two starting days!

And the number of participants just blew out! Ladies at the cashier gave over 700 tickets out, and we can only imagine how exhausting that job was. Overall, we recorded 1,301 entries, a great and extremely satisfying number!

339 players entered the bottom floor of Go4Games Casino to battle for the spot in Day 3 of Poker Fever Series Main Event. The air was heavy with excitement and you could just see the determination on every player’s face. It was not a $200 tournament anymore, people were treating it like a world cup of poker, with world-class stars like Vojtech Ruzicka, Dominik Pańka or Mateusz Dziewoński. None of them advanced further, but there was plenty of new stars, with Kajetan Masiewicz starting to be a really memorable name at this tournament!

Only 46 managed to get to Day 3 and the play moved to the casino’s first floor, a great place to reveal the final nine. Kajetan Masiewicz started to adding more chips to his stack, eliminating player after player. We could hear the sentence “He is too good at eliminating people”. These words were followed by the speaker folding his hand. But the new contented entered the stage! Michał Wojtkowiak was just on fire at the end of day, getting his hands on many stacks who belonged previously to his opponents. At the end of Day 3, he became the chip leader, but Kajetan Masiewicz was keeping a close distance to him.

Two Polish players were destined to play against each other in HU, as many of us have thought. However, it was a Czech ground and Jakub Oliva, placed third at the start of the final table, wanted the $40,000 of top prize as much as they did. We will not describe in details of what happened there (if you want to know more, we encourage you to read our previous post, the coverage from the final table). Instead, we would like you to hear about our festival from the people who got there:

Jakub Oliva managed to defeat the Polish powerhouse and eliminate two former chip leaders of this final table! Both the win and the trophy stay in Czech Republic and that’s not a surprise to anyone who was watching this final table – he was playing magnificently!

Poker Fever organizers would like to congratulate him for this amazing achievement!

We are slowly cooling off after such intensive twelve days. We are delighted that you enjoyed your stay at Poker Fever Series Olomouc and we can promise you that we will come back even stronger in June for Midsummer Festival in Rozvadov!

We hope that you join us there!