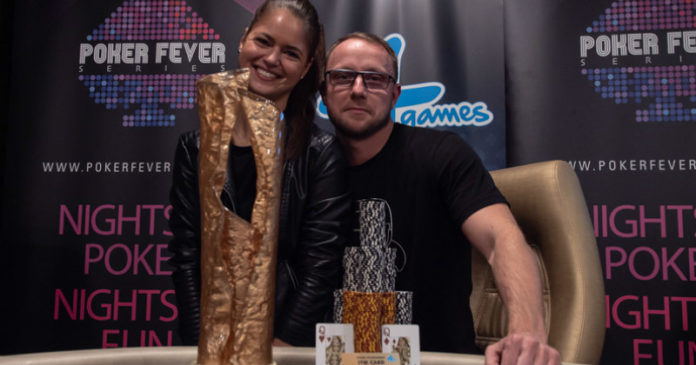 Petr Svoboda won another Super High Roller at Poker Fever Series in a row. In the final heads-up he proved better than Marcin Jaworski and collected CZK 419,600 prize.

Super High Roller is a CZK 30,000 event – the most expensive one at this edition of Poker Fever Series. 40 players thought it was not that much and they decided to register thus creating a million worth pot. There were six places paid and the winner could hope for as much as CZK 419,600.

The final day welcomed 9 players coming back to the tables after Friday. Chip leader at the very beginning was the winner of July Super High Roller, Petr Svoboda.

The game at the final table

First to go was Jan Ramik. Then Lukas Zaskodny, and the bubble boy was Więcek. He lost his last chips with  AQ, that lost against Svoboda’s 78. 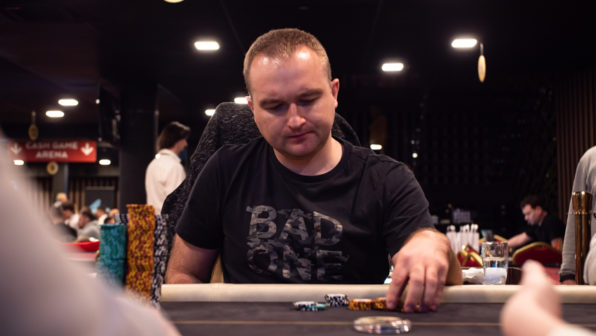 “ZPCH” finished in the 6th and scooped CZK 66,200. In the last hand he had KQ and Ondrej Lon moved all-in. ZPCH called and saw his opponent had a pair of jacks. Board did not help him.

Lon left the game soon after and he won CZK 86,100 for the 5th place. He was eliminated by Jaworski (AKs vs AQ). Then Svoboda eliminated Jaroslav Peter, who cashed CZK 112,600.

“Nesmrtelný Marcin” as the media call Jaworski also sent home Roman Papacek. In the last hand Papacek hit the rail after his At lost against AJ. Papacek collected CZK 165,600 for his performance.

In the HU, just like back in July we had Jaworski and Svoboda. There was a moment when Jaworski took the lead, but then he lost with fours while his opponent was holding kings.

Svoboda won thanks to a hand in which his queens held up against Marcin’s sixes. Jaworski left the table CZK 253,900 richer. Svoboda won the trophy once again and scooped CZK 419,600.

Results of the Poker Fever Adventure: