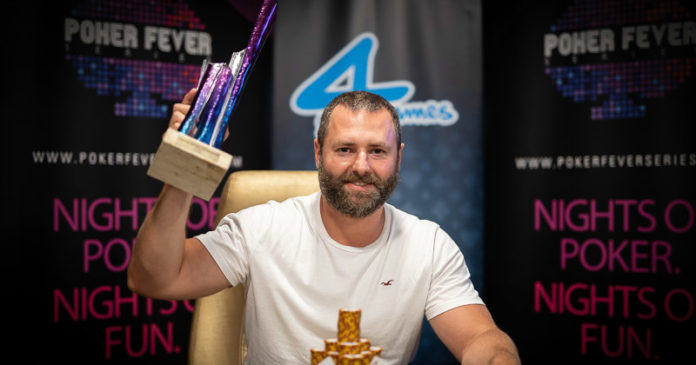 All of the most important trophies designed for the ninth Poker Fever Series have been awarded to players from The Czech Republic so far. The same goes for the High Roller that has ended up recently. The winner of the event was Radek Jantos, who had made a deal earlier with Roman Papacek.

Two-day long High Roller with CZK 15,000 buy-in began on Thursday. The tables attracted 62 players who made re-entries 19 times. 31 players advanced to the finals, in which late registration was open till the end of first level.

Altogether there were 86 registrations. Prize pool reached CZK 1,290,000, and best eight could hope for cashing in. Also the winner was to scoop as much as CZK 334,800.

Polish players were definitely disappointed with how the final day of the tournament went down. WSOP Circuit champion Mateusz Dziewoński was eliminated right before the FT. Only Artur Mikos, Marcin Jaworski and Bartosz Piesiewicz advanced further to represent Poland at the High Roller final table.

Mikos, who won Allin or Fold, hit the rail as bubble boy in the High Roller. In the last hand he lost with KJs against Artur Rudziankov‘s AJ. Soon after we also said goodbye to Piesiewicz, who received CZK 37,500 for the 8th spot.

After Piesiewicz was gone there was only Jaworski left to take the title back to Poland and he was doing pretty well for some time.

In the end Jaworski had to settle for the 4th place and consolation prize of CZK 132,800. His jacks were not enough to win against Radek Jantos who took the lead a few moments beforehand and this time showed up kings.

Third place prize which amounted to CZK 170,300 went to Tomas Hoang. Thus in the heads-up game we had Jantos and Roman Papacek. As soon as their stacks became even they decided to make a deal. Both split the pot equally to get CZK 280,900 each.

From that moment on players were competing only for the trophy and soon it was Jantos who came out victorious. It seems to be his biggest live win.