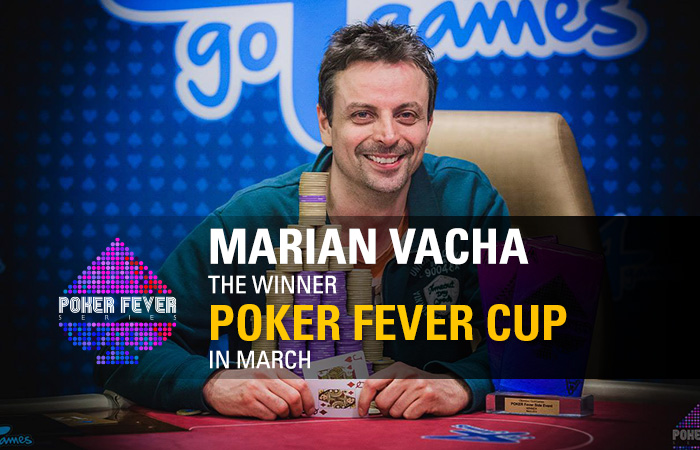 Final day of the PF CUP has been played out and we’ve got the results! The heads-up phase began at about 0:40 a.m. local time. Two players, first from Poland, second a proud representative of the Check Republic sat to play for the trophy and cash prizes with the following stacks: 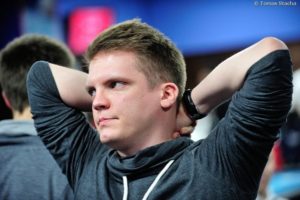 The chips were moving back and forth with both players taking the lead, but unfortunately for Wyrzyk (pictured on the right) his stack slowly diminished and after 2.5 hours he had to move all in with 65s. He had a short stack and was called by Marian who had QJ.

The flop came Q85, turn brough a flush draw for Wyrzyk, but the river was an ace of hearts and the trophy went to Marian Vacha!

Wyrzyk put indeed a great fight in the final HU. Of course great congratulations to the winner as he also did his best.

PFS Main Event is coming up fast and it will be a great occassion for you to grab some very nice tickets.

Yes, on Tuesday, March 20th, in Olomouc we will play the finals of Poker Fever Series Main Event. On this occasion we have prepared a special freeroll for our live stream viewers. By registering to it you can win cash prizes and entries to inaugural Poker Fever in Rozvadov as well as April PF Cup in Olomouc.

Satellites to Poker Fever Series Rozvadov (2nd-14th of May) start pretty soon. Ticket to Main Event worth $300 can be yours totally for free. During the streamed finals of March PFS there will be a special freeroll for viewers. Added prize pool to this event is $1,190! Read the details by clicking the banner below: