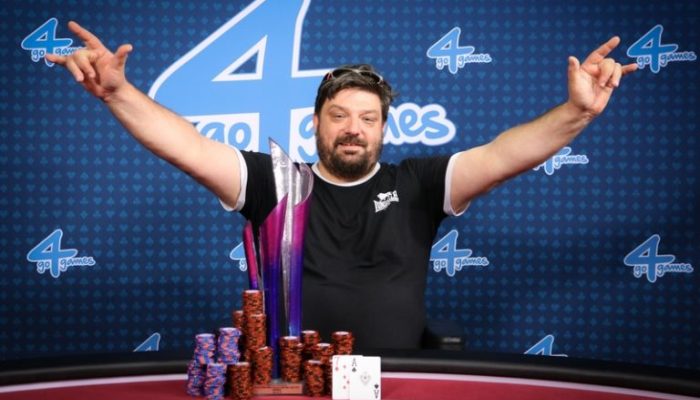 The Main Event of July Poker Fever Series has finished. After a long battle the trophy and CZK 900,000 went to Vlastimil Kudela. Second and third spots were taken by Polish players – respectively Sebastian Kotowicz and Fabian Feldfeber.

The final day of the Main Event at Poker Fever Series had 9 players left in the field. Definite chip leader was Sebastian Kotowicz, and right behind him there were Bartłomiej Grabowski (pictured on the right) and Fabian Feldfeber. Polish fans were hoping the trophy would go to Poland yet again, but they didn’t get their wish. 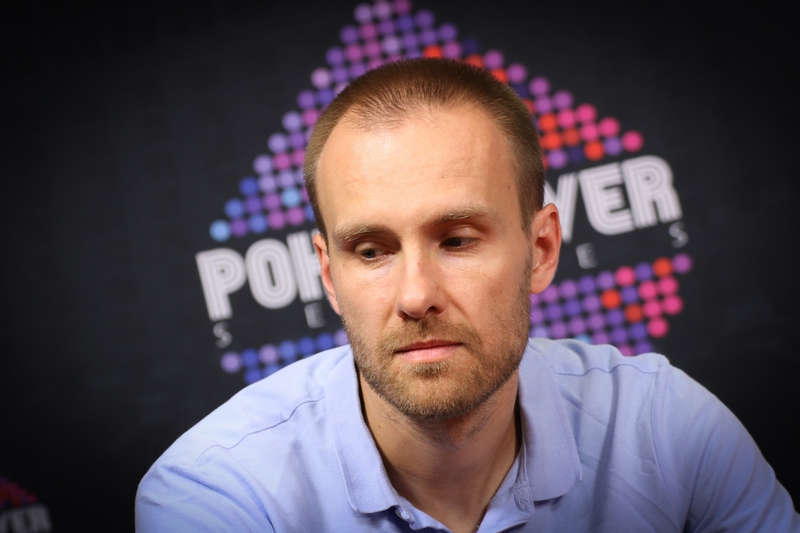 The smallest stack at the table was Adam Wroński and he hit the rail first when his TT could not hold against Patrik Jaros’ AQ. Queen on the turn made Wroński collect CZK 85,600 from the event. Soon after also Paweł Zielony got eliminated when his AT found no help on the board. Vlastimil Kudela had ladies on his hand and the former had to settle for CZK 105,200.

Afterwards Fabian Feldfeber with jacks eliminated Mark Krchnar from Slovakia. Sixth spot went to Bartłomiej Grabowski, when his AQ proved too weak for Jaros’ 99. Second biggest stack at the beginning of the day had to settle for CZK 160,200.

Fifth place was Grzegorz Tryba’s. His tens were not enough to beat Feldfeber’s kings and he won CZK 212,300. Later we had a typical cooler. Chipleader of the day, Sebastian Kotowicz, had aces, and Patrik Jaros was holding kings and got no help on the board. At the moment Kotowicz and Feldfeber had a decent lead over Kudela.

The 3-handed game lasted for a bit and players discussed a deal a few times, but didn’t come to any solution. Finally Fabian Feldfeber was eliminated in the third place. In his last hand he had Q6 and Kotowicz turned over A6, which resulted in the first one getting CZK 406,400 for his performance. Kotowicz started HU with Kudela and at the start of the duel he was holding 20 million chips while his opponent had only about 12 million.

It all might have ended quickly as there were all-ins on A34 board. Polish player was holding A8, and his opponent had barely bottom pair with 94. King on the turn changed nothing but then Kudela caught a favorable card on the river and came back. Soon after that Kotowicz lost again although his A9 was dominating A7 opponent had. The flop however came 854, and the river completed a straight with a six. Vlastimil Kudela won the event, received the trophy and scooped CZK 907,900. Sebastian Kotowicz (below) received CZK 584,100 for the second place. 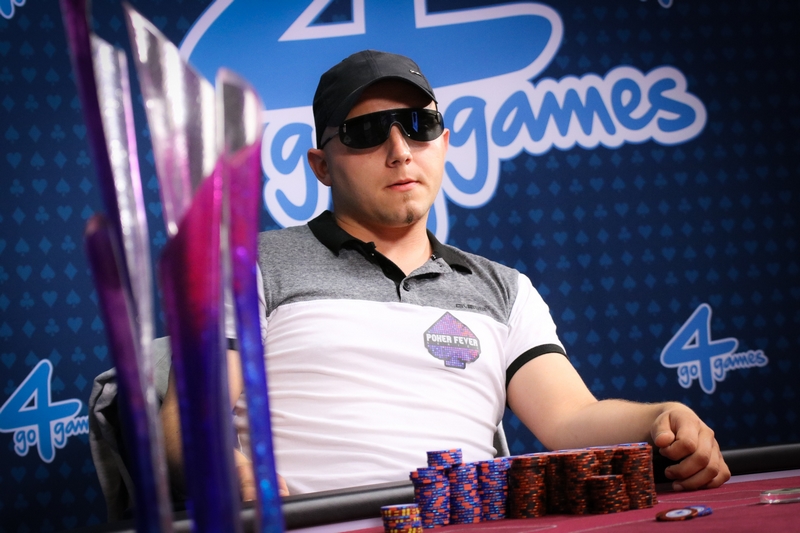 If you want to see the finals you can check the video on Twitch by clicking HERE. You will be able to see the hole cards there, too!

We would like to thank all participants and invite you to the next editions of Poker Fever. Between Sep 20th-23rd we will be holding Poker Fever Cup –satellites are already running. Another Poker Fever Series festival will be announced soon!