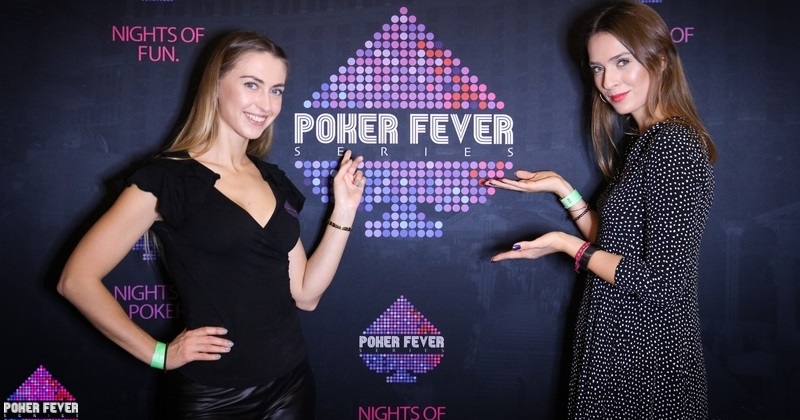 Polish poker players have absolutely dominated the latest edition of Poker Fever Series in Olomouc! Krzysztof Sikorski was victorious in the Poker Fever Cup, for which he scooped CZK 161,700. A day later Grzegorz Szalankiewicz won for Poland yet another trophy, this time it was High Roller, for win in which he took home CZK 405,400.

The Poker Fever Cup tournament had CZK 2,500 buy-in. ALtogether during the course of 5 starting days it was paid as many as 585 times. Thanks to that the guaranteed prize pool of CZK 1,000,000 was exceeded. 60 poker players who advanced to the final day of the tournament had each guaranteed themselves a cash prize. 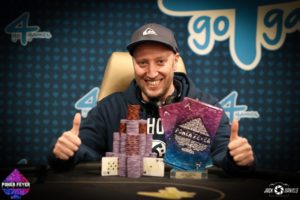 Chip leader at the start of the final day was “River”, that all PokerGroundTV viewers on Twitch know very well from his streams. He lost the lead quite unfortunately when he completed his flush, but opponent was holding four of a kind. “River” was then eliminated in an early phase of Thursday’s bout.

There were three Polish players at the 9-max final table. AMong them there was also Magdalena Gauer, who was the first woman to get so far in one of the main events at Poker Fever Series. She was finally 5th and scooped CZK 70,500. Before her elimination another Pole hit the rail – Grzegorz Tryba, who took home CZK 30,400 for his performance (8th place).

Finally the trophy went to Krzysztof Sikorski, who earlier made a deal with two players from the Czech Republic – David Kristek and David Sabocka. Due to that all three had CZK 150,000 guaranteed and the winner was to take additional CZK 11,700.

In the final hand Sikorski (pictured on the right) had A8 against Sabocki’s 99. David caught a set, but the nine gave his opponent a straight at the same time and he won. 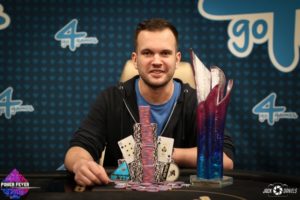 The High Roller also belonged to Polish players. As many as 7 of them cashed in the event and 5 got to the final table. The winner was Grzegorz “Foster” Szałankiewicz (pictured), who defeated Lukas Zaskodny in the final heads-up.

Interestingly Zaskodny took 2nd position also in the High Roller that took place during Poker Fever Series in July. Back then he lost to Roman Papacki. This time it was Szałankiewicz who stopped him from winning a trophy. In the last hand Grzegorz had A6 and his opponent could only show Q4.

“Foster” took home CZK 405,400 for this win. It’s even more impressive if we take into consideration the fact that he has invested only CZK 1,500 ($66) into playing a satellite.