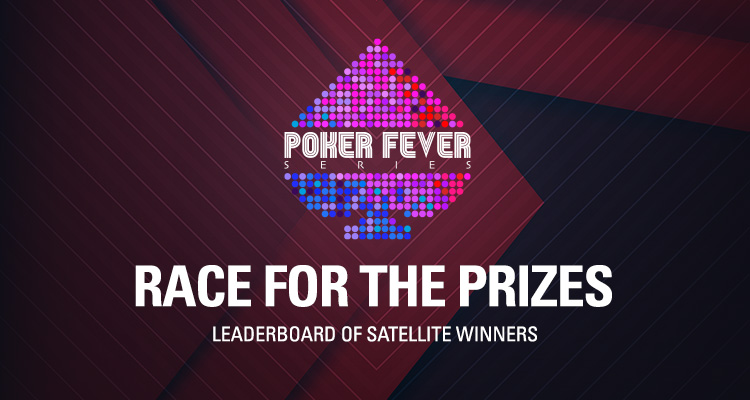 Just as with the two previous editions of the festival, organizers of Poker Fever will once again allow players to compete in the ranking of satellite winners. The race looks very promising!

Satellites to November Poker Fever started on Sunday, September 17th. Poker players who compete in them can win tickets worth $240 each (buy-in to the Main Event valued at CZK 4,800 plus all the fees as well as some gadgets to go with it). Detailed schedule for Poker Fever Series satellites can be found here.

If you have not checked the Nov 20th–28th festival yet, be sure to do it – for details on the event CLICK THIS LINK.

It is high time to present the list of the prizes that poker players will have a chance to fight for, by competing in online satellites. The main one will be accommodation in Go4Games Casino in Olomouc. It will cover two nights with breakfast in a double room, which means the winner will be able to take somebody special to tag along.

It’s worth noting that in a case of a draw in the first place the prize will be given to the player who ranks higher in the last played event.

Here is the full list of prizes waiting for the most consistent Poker Fever satellite winners:

At the moment we have the list of winners from the period of September 17th till October 1st (the day also included). During that time as many as 29 players won their tickets four of whom can proudly present two such prizes. The lucky four goes by the nicknames DeGe2016, w0j0pl, kejkuuu and lukaszbetbed.

We have no doubts that in the upcoming days even more users will be attracted to Poker Fever Series satellites. The reason for that is the upcoming Sunday, October 8th when satellites to October stop of Poker Fever Cup will start as well. Get ready for the action!