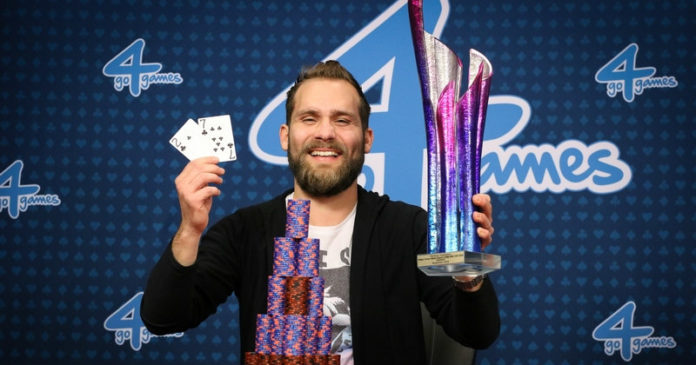 Radim Husárik from the Czech Republic has won the Main Event of November Poker Fever Series and cashed CZK 773,000. Polish poker players also did well in the tournament, taking among others the second and third places.

Poker Fever Series Main Event had a CZK 4,800 buy-in. The prize pool was traditionally CZK 5,000,000 guaranteed. 955 registrations in the event was not enough for the gtd prize pool to be paid from entry fees, but the overlay was tiny.

The cash prizes were given out to 116 best players in the event. The winner was to take CZK 831,600, and each player who qualified for the streamed finals was guaranteed CZK 74,800. 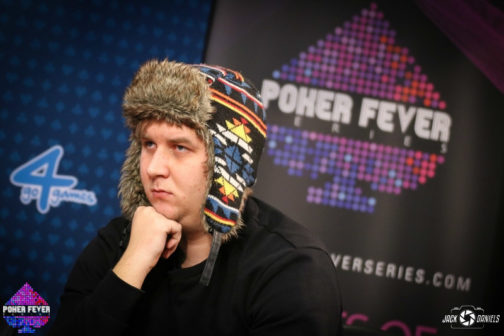 The final table included 4 players from Poland and 5 from the Czech Republic. Chip leader was initially Jakub Matuszczyk, and Polish fans were hoping he will be able to repeat what so far the only Polish PFS champ,Jakub Chludziński, did.

At that time the biggest stacks were Denis Kumiec and Radim Husárik. He took the lead after eliminating his countryman, Miroslav Matějíček (5th spot – CZK 198,000). Three Poles were left in the game versus one man from the Czech Republic, but he had a hige advantage over them.Olejniczak with his KJ eliminated then Krzysztof Goj who had to settle for CZK 140,800 for the 6th position.

When the game was 4-handed players decided to discuss a deal. It took them 40 minutes, but finally they agreed. The winner was to play for th trophy and extra CZK 202,700. The guaranteed payouts looked the following way:

Title for Husarik, but also a great performance by his rival

Soon after the game was resumed we entered the heads-up phase. Olejniczak hit the rail after he failed to bluff Husárik and Kumiec’s AQ was beat by chip leader’s KJ. Husárik faced in the final HU Matuszczyk (pictured below).

It’s worth noting that Matuszczyk is not a very experienced player. His biggest live win is CZK 465,800 he won here. Poker Fever Series November ME runner runner qualified to the game through a satellite at PartyPoker.Big chip advantage and good cards helped the Czech Republic representative who forced Matuszczyk to go all-in for the last 11 blinds with Q5. Husárik called with… 72s, and the turn brought him a deuce that sent the victory over his way. 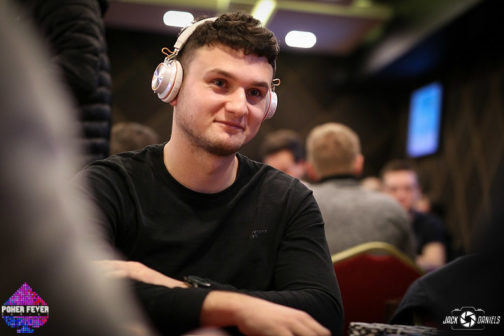 The final results of the Main Event at Poker Fever Series:

In December we welcome another Poker Fever CUP – online satellites are already available!

Between December 13th and 16th in Olomouc we will enjoy another mini-festival of Poker Fever CUP. Tickets to the Main Event worth CZK 2,500 can be won of course in satellites at PartyPoker. Every day you can win a few of them, so be sure to check out the events!