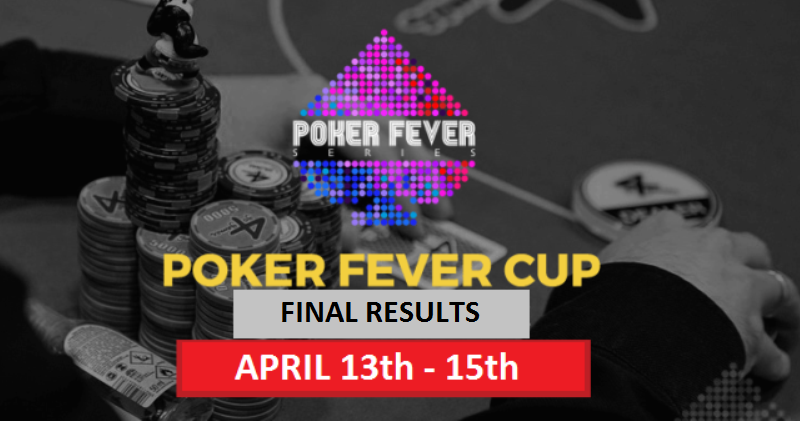 Summary of April Poker Fever CUP – we’ve got the winner!

Once again we are leaving Olomouc, but there were some fireworks back at the good, old Go4Games Casino. The Main Event of April edition of Poker Fever CUP is over and it’s time to sum the whole thing up.

The Main Event of Poker Fever Cup was dominated this time by players from Poland. After 3 starting days among 40 of those who advanced there were as many as 26 Polish guys.

After three starting days we have had as many as 390 players registered. There was however also the last chance to register – flight 1D Turbo with 44 participants (22 of which decided for a re-entry), so in total we can talk about 456 entries (CZK 2,500 each). 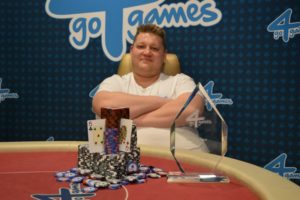 Thanks to that the guaranteed prize pool was slightly exceeded (CZK 1,003,200). On the second day 47 players came back to the tables to compete for the trophy and prizes. All of them had already received CZK 5,000 each, but they wanted more. 23 places were paid.

Polish players kept on pushing on their opponents and the final table (pictured below) included only one player not from Poland. It was a representative of the Czech Republic – Pavel Prekop. When he was eliminated in the fifth place it was clear that the trophy would go to a Polish player.

We want to thanks everybody for joining us. Congratulation to the winner from Poland, Michał Kądziela! Another great festival is in the history books and we hope you all had fun. Soon we will see each other in Rozvadov. Don’t miss it!