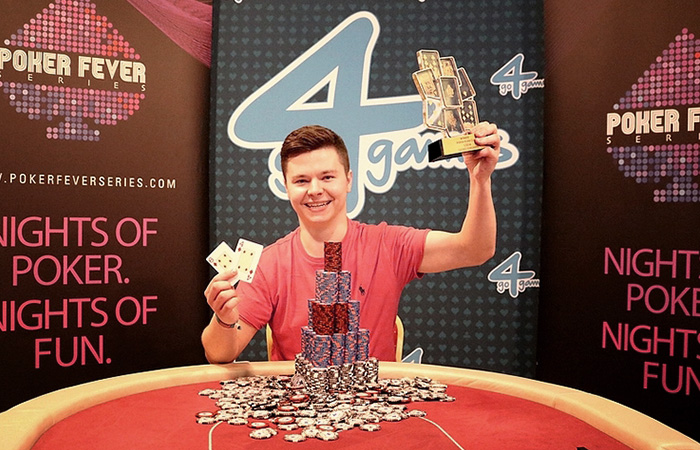 January edition of Poker Fever Cup is in the history books now and it has broken some records, too! It was a very pleasant poker weekend in Go4Games casino and players will surely remember it for a long time, especially one of them. Wonder who? Keep reading!

Altogether there were as many as 733 entries to Poker Fever Cup. When all was done and settles and the final table was known Polish fans had reasons to celebrate. Here is a look at the final table and stacks (Poles in bold type): 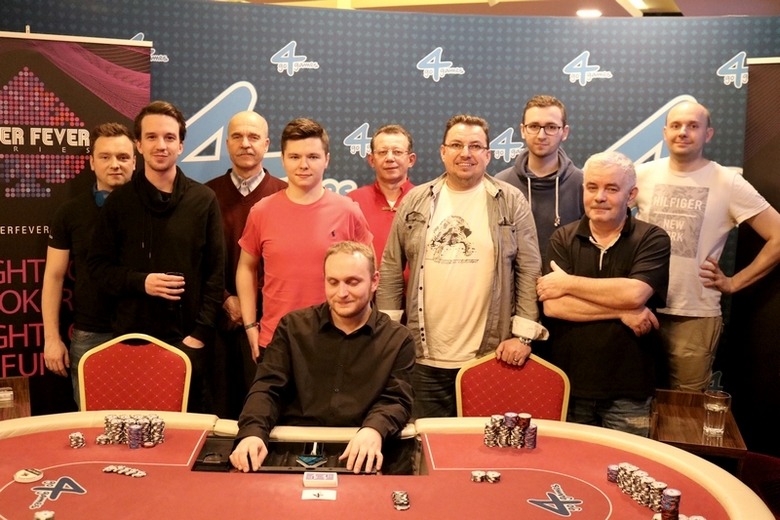 A deal between players was made when there were only three of them left. Nessie, Kajtek and Roman agreed to following sums:

The struggle continued and Kajtek eliminated both players. He started from theone from The Czech Republic and then dealt with Nessie’s huge stack. It all happened in two hands and here’s how Jack Daniels described it:

Hand number 1 – Flop T65, turn J and they go all in! Nessie shows T5, two pairs from the flop, and Kajtek J5, also two pair, but a higher hand after the turn card! Nessie is left with only one million chips…

Hand number 2 – Kajtek puts Nessie all in and his opponent calls without looking into his hole cards. Kajtek shows [6d][4d], and Nessie has 98 off. Flop comes QJ8, Nessie takes the lead, but four on the turn and six on the river send the pot straight to Kajtek together with the trophy!

Thus th winner of the latest Poker Fever Cup is Kajetan Jantosz, who, by the way, got to this tournament through a satellite for just $5!

High Roller at the Poker Fever Cup was also quite an event. It was available for CZK 7500 buy-in. For starters every player got 30,000 chips, and there were 25-minute blinds. 90 players decided to give it a try and 41 of them went for re-entry. No one expected such a field and the guaranteed prize pool was exceeded almost three time (CZK 864,600). 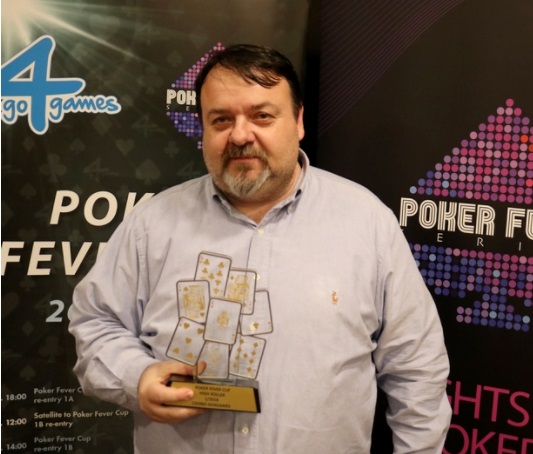