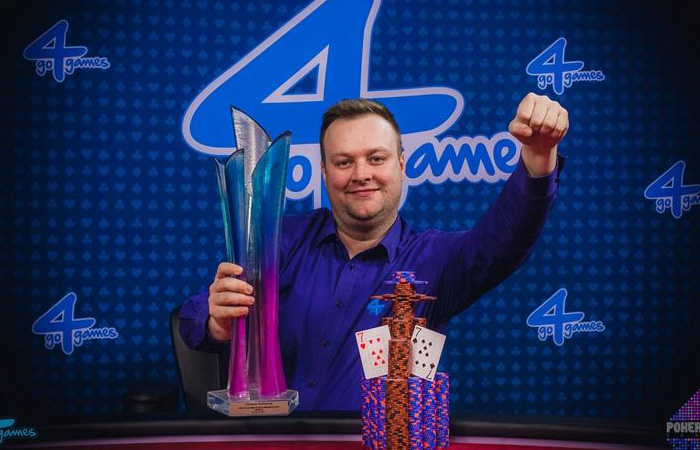 Another Poker Fever Series is already in the books. This time the winner of the PFS Main Event turned out to be Roman Papacek, one of the most experienced players from the Czech Republic. For his victory he received CZK 518,800!

Main Event of the third edition of Poker Fever Series was a tournament with CZK 4,800 buy-in. Quite affordable, especially if we consider the guaranteed prize pool of CZK 5,000,000. Altogether as many as 1016 entries were made, thanks to which there was a little overlay.

On the final day Go4games Casino in Olomouc was a witness to the struggle between 9 finalists. Roman Papacek, the initial chip leader, had 45 big blinds in his stack.

One of the Polish players, Kaliski, was eliminated first from the final table (he received CZK 73,480 for his efforts). In his final hand he lost with A8s held by Papacek.

After that, when there were still 8 players left on the field, they started talking about a deal, that would guarantee each of them from 250 to 400 thousand CZK. Papacek however was not sure if as the chip leader the offer truly satisfies his appetite and the game was resumed after a while.

Zbigniew Wieczorek decided to risk all he had with a pair of jacks, but Tomas Knapek found a pair of aces at the same time and eliminated his opponent. For the 8th place Wieczorek got CZK 90,200.

The remaining 7 players were finally able to struck a deal based on ICM. The winner was to get the trophy and CZK 88,000 in cash.

Papacek had no mercy afterwards for Polish players. He called all-ina from Szostaka with a pair of deuces. His opponent lost with JTs. There was a ten on the flop, but 2 on the river changed the fate of this Poker Fever Series. 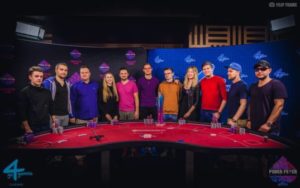 The 6th and 5th place belonged accordingly to Vladimir Stejskal and Marek Nawrath. After these eliminations a break was announced. Upon returning one more player was sent to the rail, it was Wiśniewski. His A8s was not enough to beat Papacek’s KK.

Tomas Knapek was last to go before heads-up between Papacek and Patrik Becak, who at one moment had only 1 big blind in his stack, began. The latter was able to double up a few times and made a comeback. 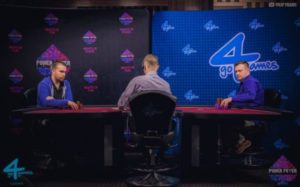 Heads-up duel didn’t last long. Firstly K8 of Papacek improved and Becak lost with his AT. Then however he was able to double up with KK against Papacek’s 66. The last hand of the game was a coinflip – Becak’s AT against Papacek’s 77. Neither ace nor ten came on the board and Papacek won the 3rd Poker Fever Series, grabbing CZK 518,800 and the trophy.

Olomouc Go4Games Casino will host another Poker Fever event between Dec 15th and 17th. Main Event of the third edition of Poker Fever Cup mini festival will have a guaranteed prize pool of CZK 1,000,000, that is about $46,000!

Entries worth CZK 2,500 can be won at PartyPoker, in satellites played 5 times a week. Buy-ins to those are only $5.50, and each of the events guarantees 3-5 tickets. More details can be found here.