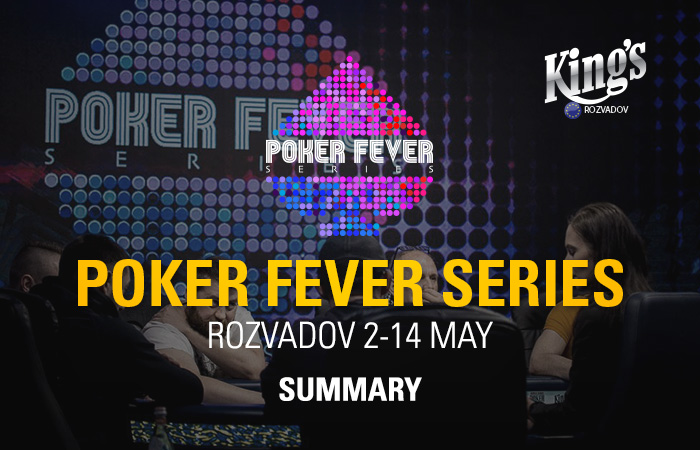 The Poker Fever Series festival in Rozvadov ended on Monday. The most important tournaments were Poker Fever Cup, High Roller and of course the Main Event. Check the summary straight from King’s Casino.

Entry fee to the Main Event that took place in Rozvadov at Poker Fever Series was €225. The guaranteed prize pool of 200,000 euro assumed there would be 1000 registrations and it has almost been achieved. Altogether there were 961 buy-ins of which 236 was re-entry.

After four starting days there was the second day of the tournamnt on Sunday. 13 players advanced to the final day. 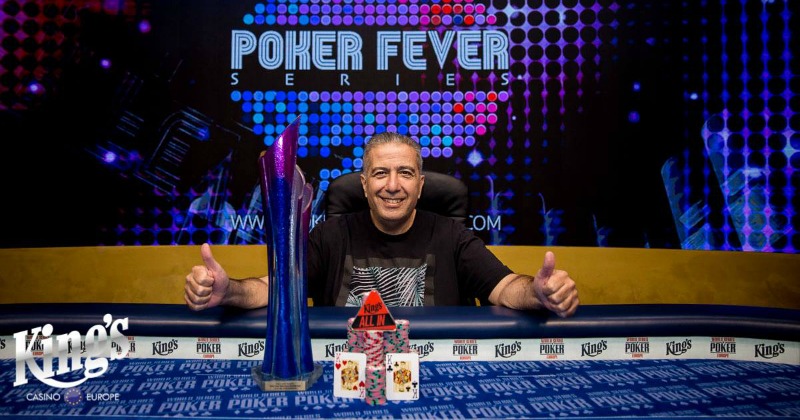 The winner of the event was a player from Isreal, Shachar Yonayov, who got the trophy and €35,986 from the prize pool. Vojtech Kratochvil from the Czech Republic was second after he rejected a deal moments beforehand.

The results of the Main Event:

High Roller had a €600 buy-in and guaranteed prize pool of €50,000. 133 players decided to give it a try and thus they broke a high roller record as far as Poker Fever events go. The prize pool included €64,942, and it was all split between best 15 participants.

German player Stefan Kehrer won the tournament and cashed 5€17,895. He proved better than his countryman in the final heads-up -his opponent was Florian Braun (€12,300).

The results of High Roller:

The festival in Rozvadov couldn’t do without a Poker Fever Cup. Here you had to pay €110 to enter, and the GTD pool was €100,000. As many as 572 poker players tried their skills here and they all went for re-entries 322 times.

The results of Poker Fever Cup:

The nearest Poker Fever stops are Poker Fever Cup (29th June – 1st July) and Poker Fever Series (23rd-31st July). They will be held in Go4games Casino in Olomouc. Don’t forget you can win your tickets by playing our satellites at PartyPoker.