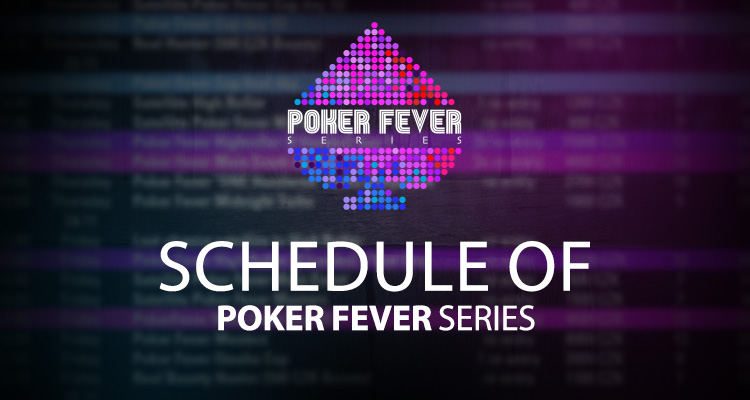 We know the schedule for November Poker Fever Series!

Third edition of Poker Fever Series festival is coming up quickly. The organizers published its schedule and just like with the two previous editions it is full of different attractions.

Since the second edition of Poker Fever finished we have been getting emails from you, asking about the next stop and its location. All of you who have not had the opportunity to visit Hodolany Resort yet should check it out during autumn trip to Olomouc. This is where the contestants of Poker Fever Series will meet this time!
The third instalment of Poker Fever was planned for November 20th – 28th. Just like during previous events the schedule will be adjusted to bankrolls of all sizes.

The third edition of Olomouc Poker Fever is to start on 20th and finish 28th November. Online qualifications have been in full bloom for a few weeks now and we finally have the full schedule – players can expect tournaments with different buy-ins as well as live satellites and events with a few starting flights!

Already on the first day you can register and play Poker Fever Cup worth CZK 3,000. Its guaranteed prize pool is one million CZK. Poker players will begin with 30,000 chip stack and blinds are to be increased every 30 minutes.
The most important tournament will be the Main Event, that is to be played between 23rd and 28th November. Its buy-in is set at CZK 4,800 with GTD at  CZK 4,000,000! We all hope it is going to be exceeded in November!

The Main Event has four starting flights – each will start with 30,000 chips and the option of re-entry available twice. Blinds increase every 40 minutes and late registration and re-entries will be available till the end of level 13th.
There will be plenty of room to play as blind levels will be even longer after that. The second day means 50 minute levels, and third 60 minutes. Final table on the day 4 will include 75 minute long levels. 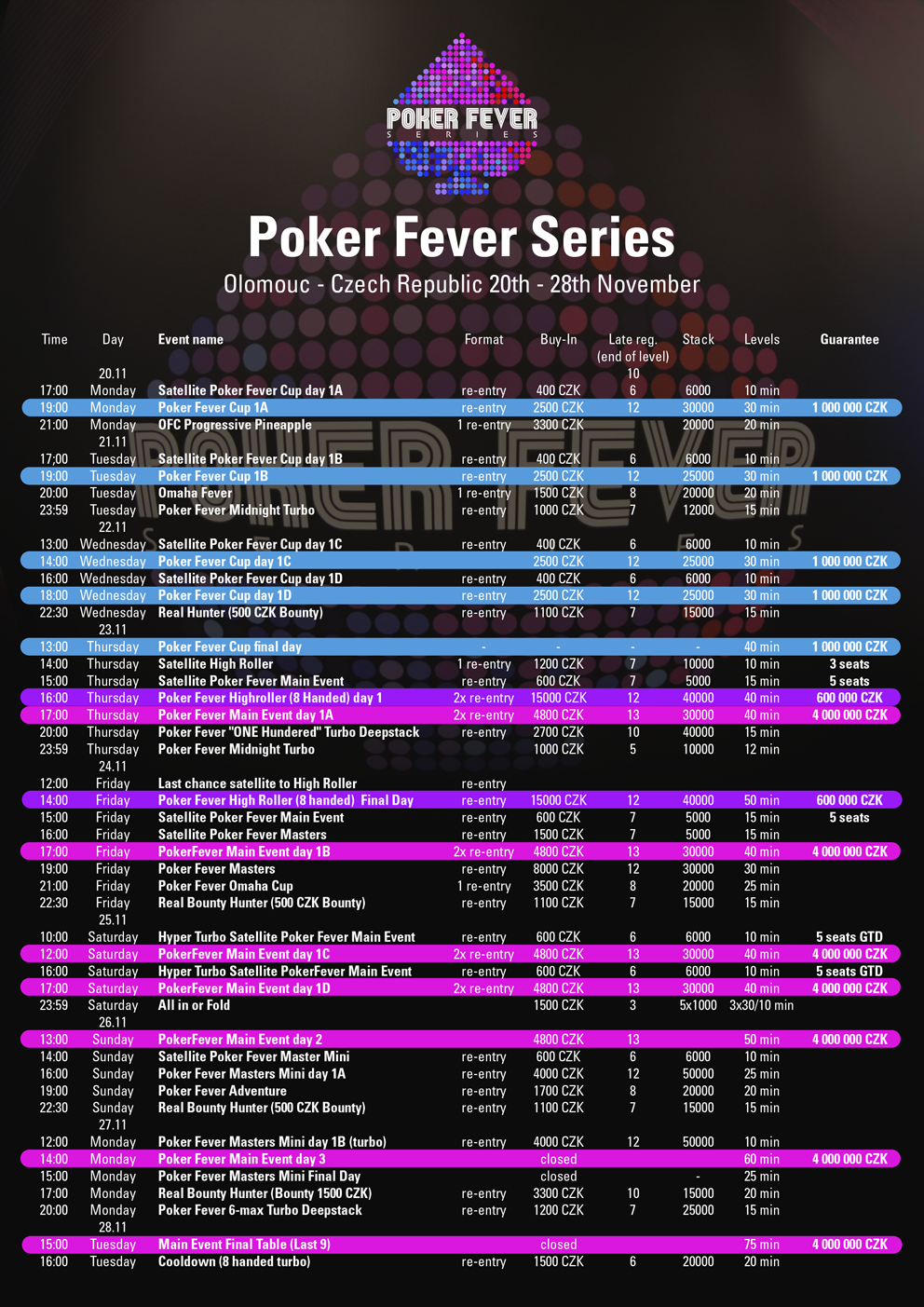 Olomouc has something to offer no matter how big your bankroll is – players with smaller ones can try one of Poker Fever Cup satellites (CZK 400) as well as Main Event satellites (CZK 600). There will also be side events for 1,000 buy-in. More affluent players can try High Roller for CZK 15,000 and Poker Fever Masters. We did not forget about the classic All-in or fold either.

Poker Fever festival – satellites are being played as you read

Poker players who would like to join Poker Fever festivals can play satellites that are organized 5 days a week. What is more tickets from them can get you not only to November Poker Fever Series, but also to October Poker Fever Cup.

If the latter sounds more promising to you, make haste. Games will be over on October 18th.