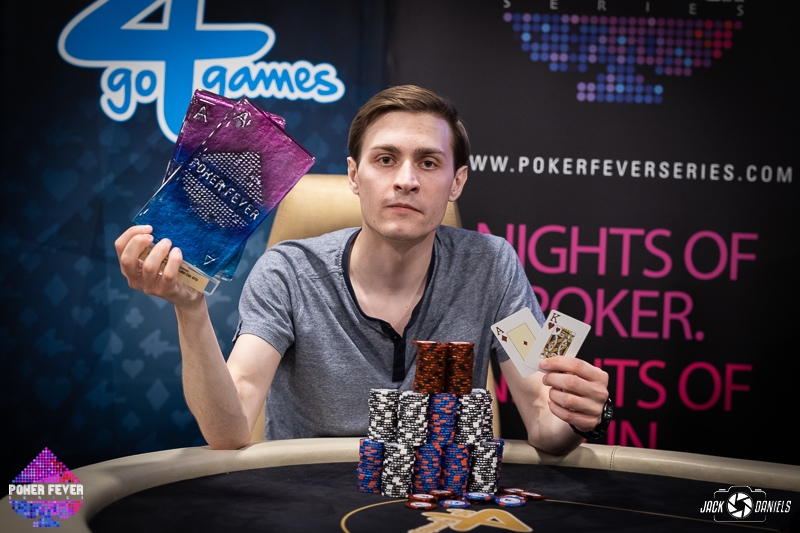 We know the winner of June edition at Poker Fever CUP!

June Poker Fever CUP is now in the history books so it’s time to sum up the event. The tournament took place last weekend and it attracted plenty of players. There were as many as 484 entries to June Poker Fever Cup (319+165 re-entries).

Below you can check the stacks at the final table of the event (according to seats): 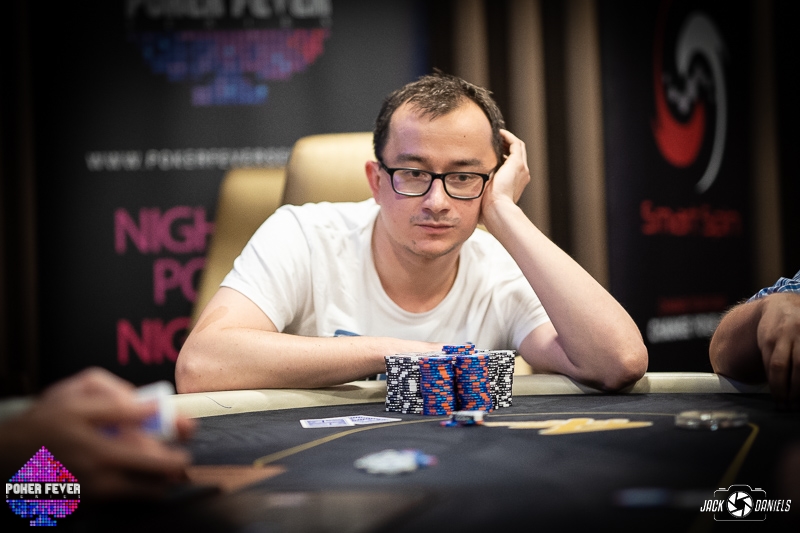 When all dust practically settled there were only two players left. Machel (pictured on the right) and Michał (main photo). There was little action beetween the two, but we managed to witness two interesting hands which probably changed the course of the HU. One in which Machel opened and his opponent made a 3-bet to 650k. Machel almost immediatelly went all in, and Michał thought for a while before folding his hand. Soon after that there was another one where action went to river. Machel checked, Michał bet with two under pairs and was called by a set of eights! The board allowed for a straight and flush, so the action did not develop much furter.

Stacks were similar for most of the time. Michał had about 4.2 million and Machel 5.4 million chips.

Michał was winning small pots from Machel, and finally the hand of the evening occured! Machel had only two million left and he opened only to see a 3-bet from Michał. Without thinking much Machel moved all in and got snap called by Michał. They respectively had 77 and AK. The board came KJTTJ and the tournament was over!

Thus second spot goes to Machel (CZK 117,800) and the winner of the PF CUP is Michał Janicki from Poland!

It was definitely his event – he was the chip leader after eliminations and kept a very solid position all the time. He also entered FT absolutely dominating it and proved his skills. It was practically a perfect game on his side!

That’s all we have for you from Go4Games in Olomouc! See you in a month at Poker Fever Series (July 22nd-29th). Also remember about the online satellites which can get you tickets for the Main Event!