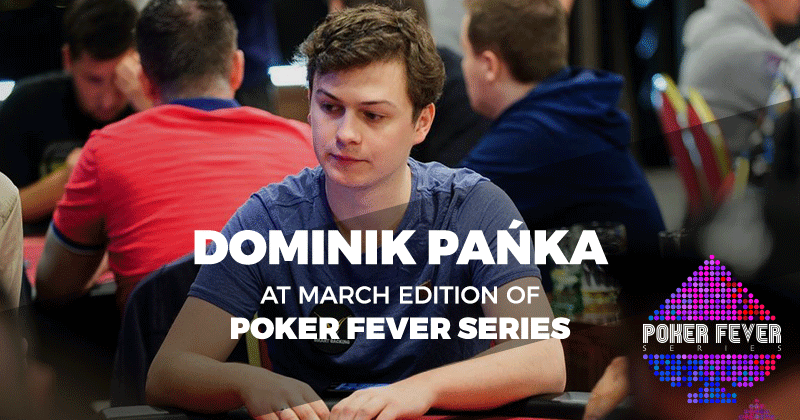 Dominik Pańka returns to Poker Fever – meet with him in Olomouc!

A year after Poker Fever Series had its debut Polish poker player Dominik Panka will return to Olomouc. One of the best poker players from Poland will join us for the second time in his life and of course he will be one of the biggest stars at the festival!

Soon Poker Fever will be one year old. A year ago we had the pleasure of welcoming many fantastic players at our festival for the first time ever. Time flows.

At the same time another project was started. Smart Backing with such great coaches like Limitless and Dominik Panka. They did pretty well in the Main Event and it was nice to see them competing with others. Panka has commented recently on the exact tournament:

– I visited the event when Smart Backing had its launch, although I rarely go to smaller tournaments. It was great to see friends, who I started playing poker with and then we lost the touch. It’s pleasant to be popular, but sometimes I would like to be anonymous. In general being a recognizable person doesn’t bother me and it feels nice. 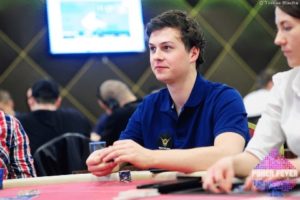 Now Panka plans to return to Olomouc and he will play both the High Roller as well as the Main Event. It’s hard to believe he will be unnoticed, but his friends will be there for sure.

Interestingly Dominik is taking his father with him. The “old man” decided to try his luck at the tables. Like father like son, huh?

In two weeks you can also be there to play against Panka and other fantastic players. The Poker Fever Series will be played in Go4Games casino between March 12th-20th, and if you fancy a ticket to the Main Event chose one of many satellites available, at PartyPoker.

Below some useful links that may encourage you to join us and play some poker. 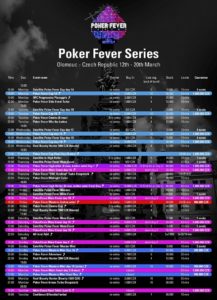