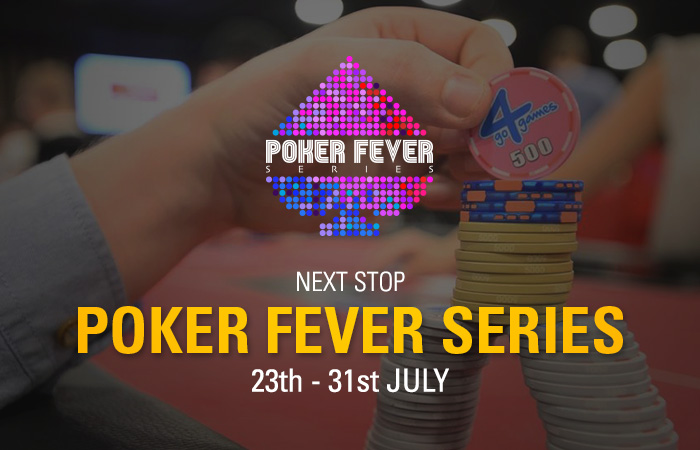 Poker Fever Series goes back to Olomouc in July this year!

After the May festival of Poker Fever Series in Rozvadov is over we will head to the place where it all began. July will be the month when all PFS fans go again to Go4Games Casino in good, old Olomouc.

It can be hard to organize a better event than PF Series in Rozvadov, but we will try doing that without a doubt. King’s Casino in Rozvadov has been acting as a host for many national poker festivals, but Olomouc has also been attracting thousands of famous players over the years.

Staff back at Go4Games have a lot of work when Poker Fever starts there. After the June PF Cup that you can read about here, another busy period shall be July 23rd-31st. This is when we plan another Poker Fever Series stop.

Dealers will sure be busy in July, but players will have their hands full as well. There will be as many as five tournaments with commemorative trophies and attractive prize pools. Apart from that the schedule includes a few side events that were very popular among participants during the previous stops.

Of course the biggest attraction is the Main Event with 4 starting days, CZK 4,800 buy-in and CZK 5,000,000 guaranteed. It wouldn’t be a surprise to see many players chosing between going to the sea or Go4Games chose the latter. 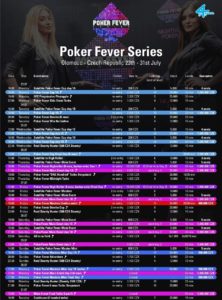 Online staellites to June edition of PF Cup and July PF Series will begin May 7th, that is in the middle of the whole fuss in Rozvadov. Be sure to check the detailed schedule.

Below links that can help you making the decision if you would like to play some pokr in good company.

Create an account at PartyPoker and grab your ticket right now!

To join the qualifiers to Poker Fever Series or Cup you need an account at PartyPoker. It has to be created via our site, PokerGround (link) or PokerTexas (link) as it will enable to to grab some nice bonuses: